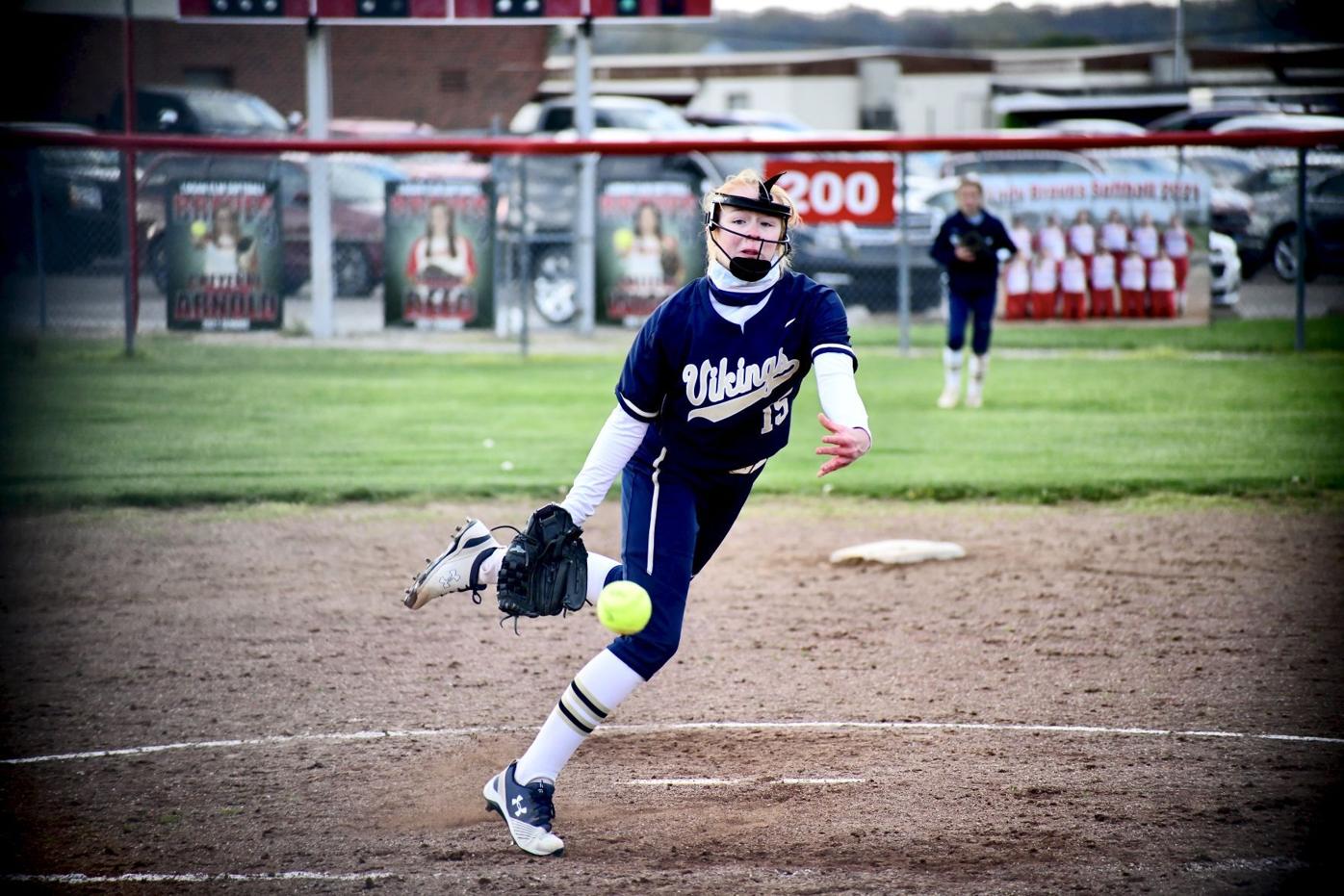 Vikings’ No. 15 Jaimlynne Munson lets it fly against a Lady Brave. 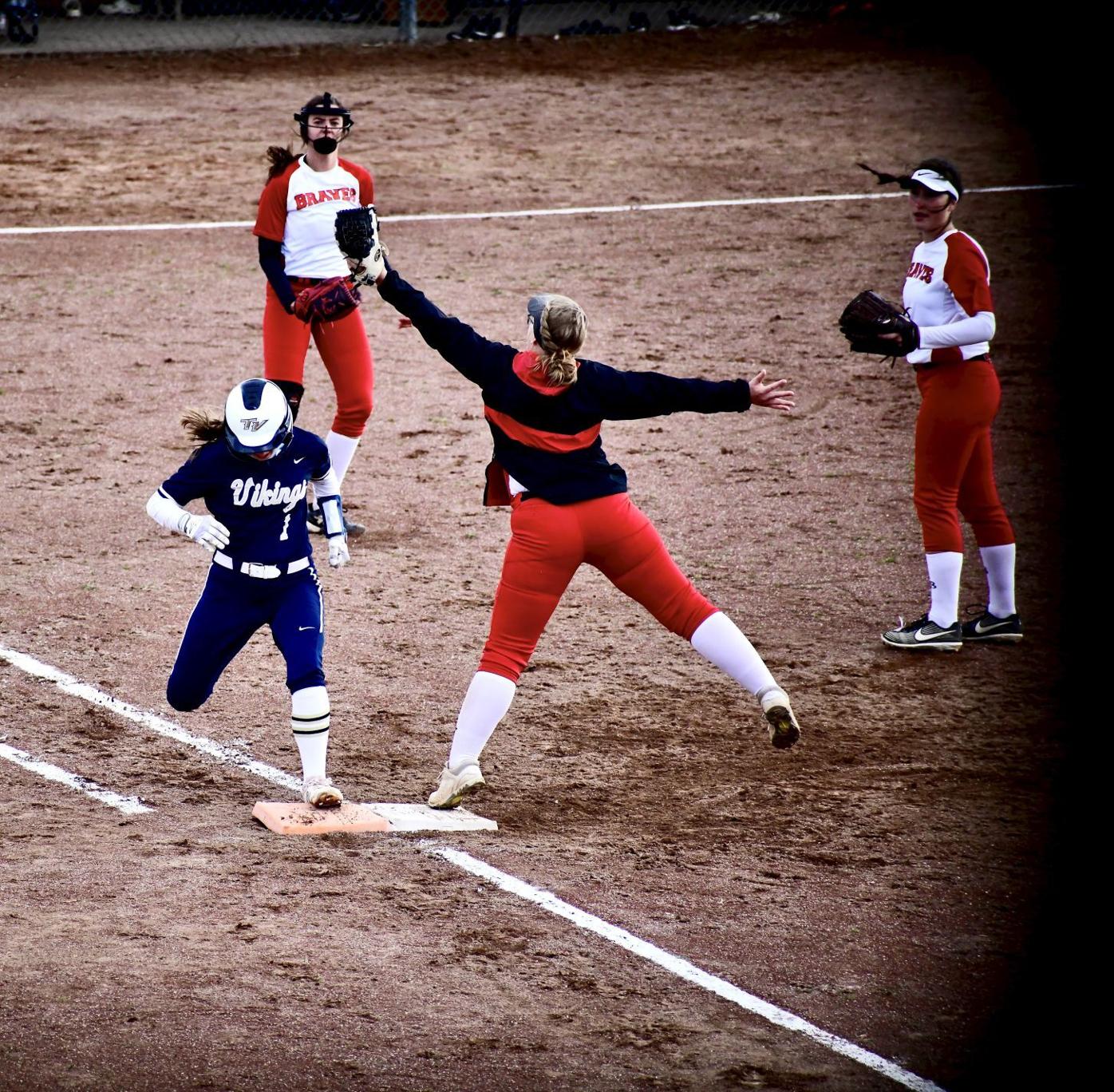 Vikings’ No. 1 Alyssa Brown gets to first base late as a Lady Brave is there to get her out.

Vikings’ No. 15 Jaimlynne Munson lets it fly against a Lady Brave.

Vikings’ No. 1 Alyssa Brown gets to first base late as a Lady Brave is there to get her out.

CIRCLEVILLE — The Teays Valley Lady Vikings performed consistent offensively in their 9-1 win over the Lady Braves at home Thursday evening.

In the top of the first inning, the Lady Vikings turned an otherwise chilly day into a red-hot offense performance in from the Lady Braves’ home crowd — scoring three runs.

The Lady Vikings scored again in the top of the second inning along with the Lady Braves who were slow to get points on the board until the bottom of the inning.

After both teams went scoreless for innings three through four, the Lady Vikings kept up their offensive attack, scoring another two runs in the top of the fifth inning. They went on to score again in the final two innings, leaving the final score at 9-1 — Lady Vikings victory.

For the Lady Vikings, No. 15 Jaimlynne Munson took the win inside the circle, pitching for a complete seven innings and recording 17 first pitch strikes and nine strikeouts.

For the Lady Braves, No. 10 Carlee King recorded 23 first pitch strikes and seven strikeouts after also pitching for a compete seven innings.

Next, the Lady Vikings are set to compete against the North Union at noon on Saturday.

For the Lady Braves, they are scheduled to play the Hamilton Township Rangers on Monday evening next week.