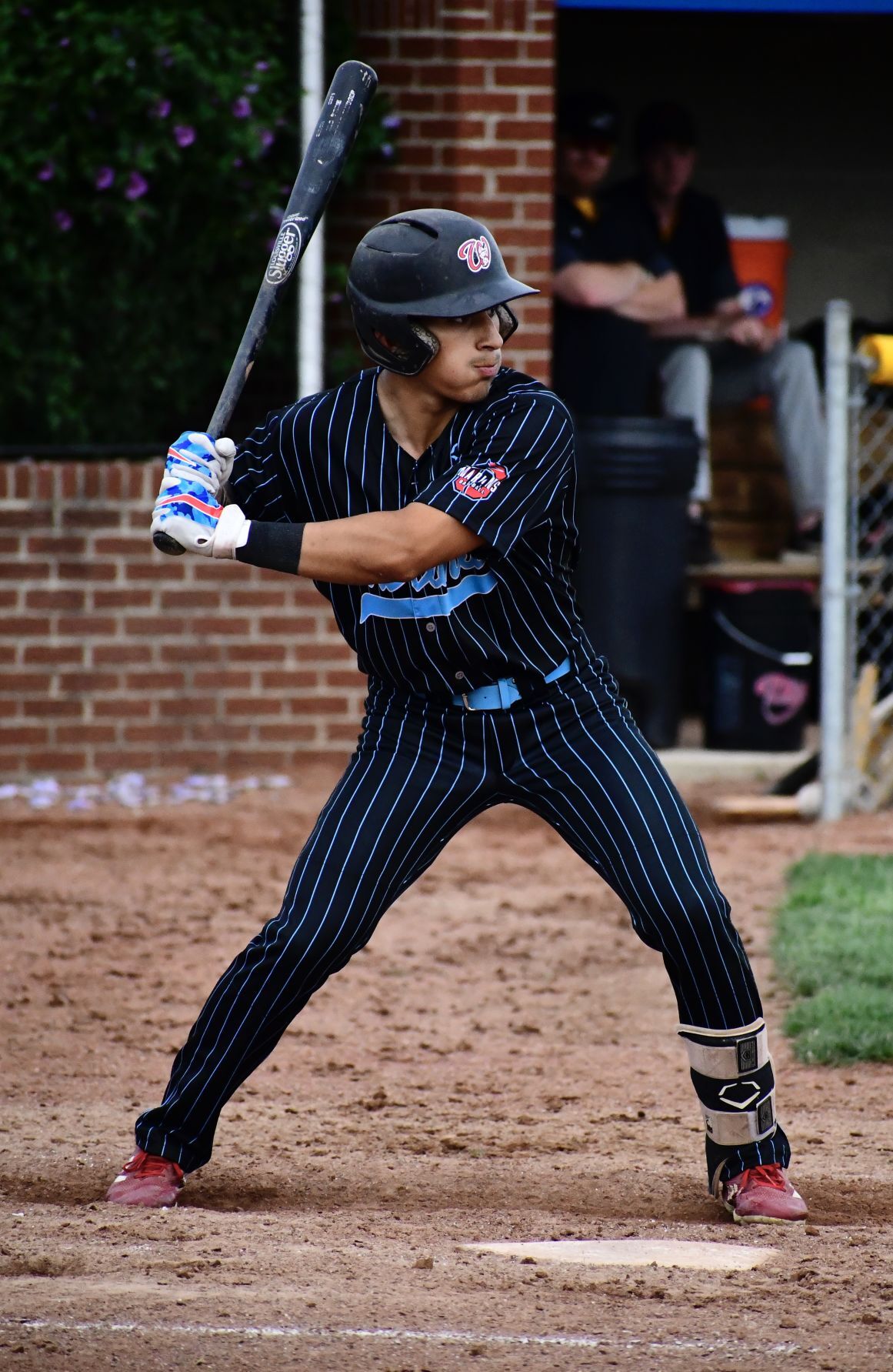 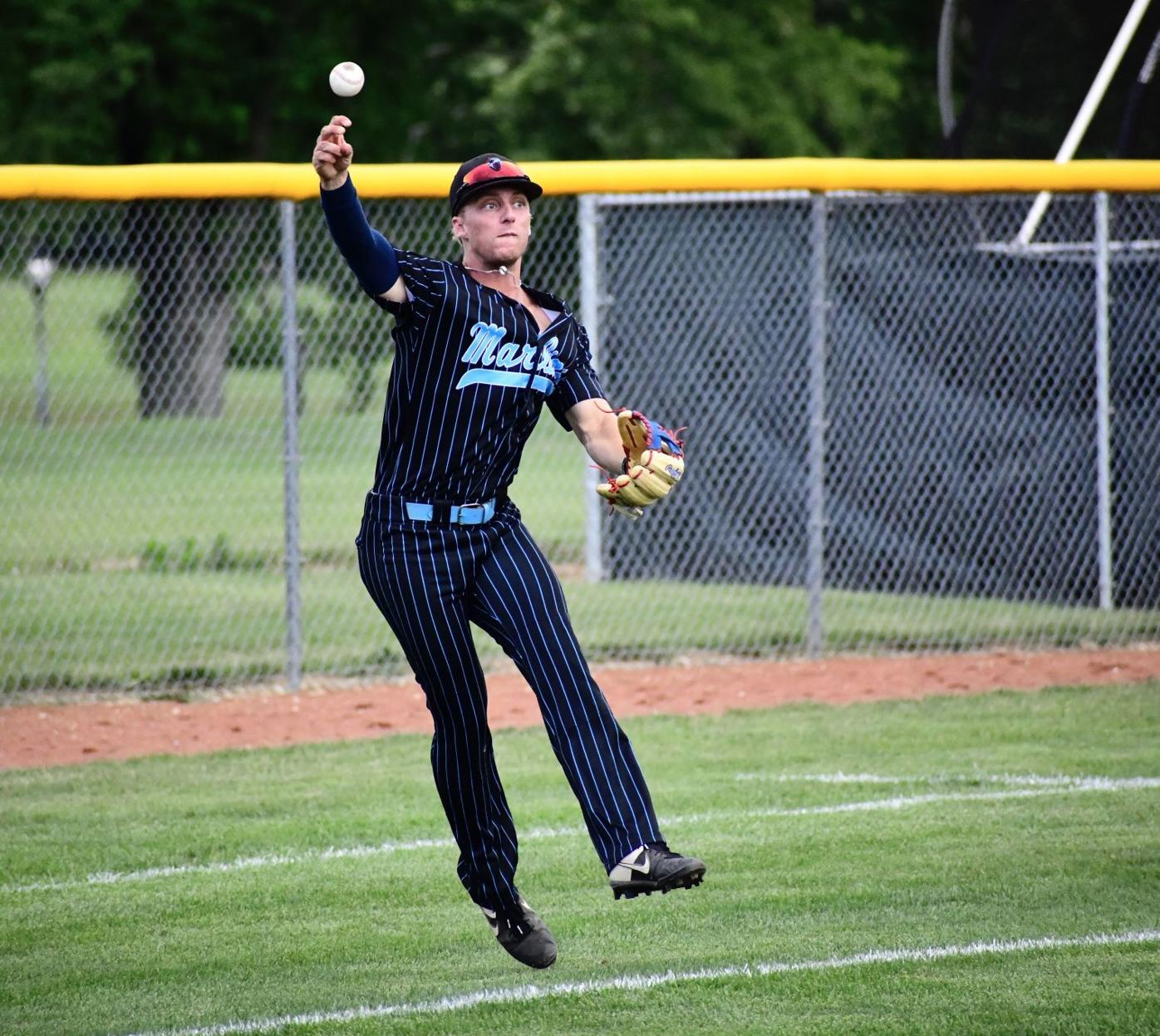 CIRCLEVILLE — As the Great Lakes Summer Collegiate League season draws to a near close, a pair of Ohio Marlins were voted as All-Stars for the 2021 season and will be participating in the league’s All-Star Day slated for Tuesday, July 20.

The Ohio Marlins announced Tuesday that No. 25 Angus Stayte, of Palo Alto, Calif., along with No. 8 Rowan Teran, of Wynnewood, Pa., were named the team’s All-Stars for the 2021 season. Participants in the All-Star Day were voted on by the collective of Great Lakes’ coaches after examining the stats recorded by players so far.

A team can nominate All-Stars from within and the final decision is voted on by the other head coaches of the 15 teams competing in Ohio currently.

“The other coaches from around the league voted for these guys,” head coach Evan McDonald said.

A resident of Philadelphia, Teran grew up going to Lower Marion High School. In his younger years, his family members were known to be fanatics in the world of soccer. However, after discovering that his talents did not fit the sport, Teran chose to pursue a different sport — baseball.

“[I am] not too good with my feet,” Teran told The Circleville Herald. “[I’m] better with my hands.”

Teran noted that his journey through the sport was a struggle at first since none of his family members did not know much about baseball. Teran continued to study the game in hopes that it would carry him further in life as he got comfortable with the uncomfortable.

“I think struggles make everyone better,” Teran said. “It definitely made me better at baseball.”

In high school, Teran was honored as a two-time All-Team participant at Perfect Game WWBA (World Wood Bat Association), along with being a four-time First Honor Roll student graduating with a 4.34 grade point average.

Prior to spending his summer days playing ball in Circleville, Teran started his collegiate career at a Division II school as a member of the University of Sciences Devils’ baseball program. His career honors at the institution included making the Dean’s List.

Teran intends on transferring from his current school. As a way to sharpen his skill-set, his fall coach connected him with summer leagues he could gain valuable experience in; one of which being the GLSCL.

“This is a top 10 summer league where I can get a lot of at-bats and go up against really good arms,” Teran explained. “You don’t really see these arms where I come from…it got me a lot better.”

The right-handed hitter recorded a .253 batting average connecting with 20 out of 79 at bats. Out of the team’s players, Teran sits within the top 15 when it comes to batting stats, making him a proper fit for All-Star action.

“It’s a pleasure being a nominee and a pleasure ending up getting selected,” Teran expressed. “There are a lot people on this team that would’ve been selected.”

While the team struggled this season putting victories together this season, Teran was happy to have the chance to compete at the end of the day.

“We are here to get better…we are getting better every day,” Teran said.

Teran, along with eight other Marlins, is currently residing in Thornville, near Buckeye Lake. He detailed the other guys are just as hungry for competition as he is making Super Smash Bros gaming sessions that much more intense — his fighter of choice being Kirby.

Stayte was the second Marlin chosen to participate in All-Star Day next week and currently leads the team in runs batted in, tallying a total of 21 on the season.

A California native, Stayte started his baseball journey quite early on ever since he could remember. After graduating from Palo Alto High School, the shortstop initiated his collegiate career at De Anza College, a community college in Cupertino, Calif., where he competed for the Mountain Lions from 2018 to 2019.

In 2020, Stayte took his talents to Cuesta College where he assisted the Cougars in obtaining a Western State Conference title, as well as the State’s Top 10 before an abrupt end to the season due to the pandemic.

Competing with the Cougars earned him a Division II scholarship with the Saint Mary’s College Gaels in 2020 prior to his time playing in the Midwest.

“I love Ohio,” Stayte told The Circleville Herald. “I think it’s cool being from California to go see other parts of the country…Ohio is definitely different.”

Stayte’s main point of focus is to string together at-bat attempts while helping the team as a whole pull through and win games while sticking to his approach.

“As a team, [we just want to play] clean baseball,” Stayte said.

In several instances this season, the local GLSCL team has obtained leads over opponents, but have not stayed consistent enough to claim victories. A lesson learned by the right-handed batter is that the contest is never over until the clock stops.

“We’ve had some crazy games and we’ve come back; we’ve given up some leads…it’s just never over [till it’s over],” Stayte expressed.

As soon as he found out there was in fact an All-Star game within the GLSCL, Stayte issued a personal goal to be selected as a member. When it comes to batting stats as a team, Stayte’s .349 average puts him in the top five for the Marlins’ hitters — hitting 30 out of 86 at bats.

“Definitely feels good to see it through,” Stayte said.

Stayte, along with Teran, enjoys the team’s atmosphere as every member sharpens their skill sets in preparation for their respective baseball season. One side note; Stayte claims to be the better Kirby.

Both All-Stars will be participating in the GLSCL’s All-Star Day slated for Tuesday, July 20 with the game commencing at 7:05 p.m. at Prasco Park in Mason.{div id=”i4c-dialogs-container”}”I say for sure it’s a good start...we look forward to having more [All-Stars] in the future,” McDonald commented. “Being a new team in the league, I think it’s a good start.”