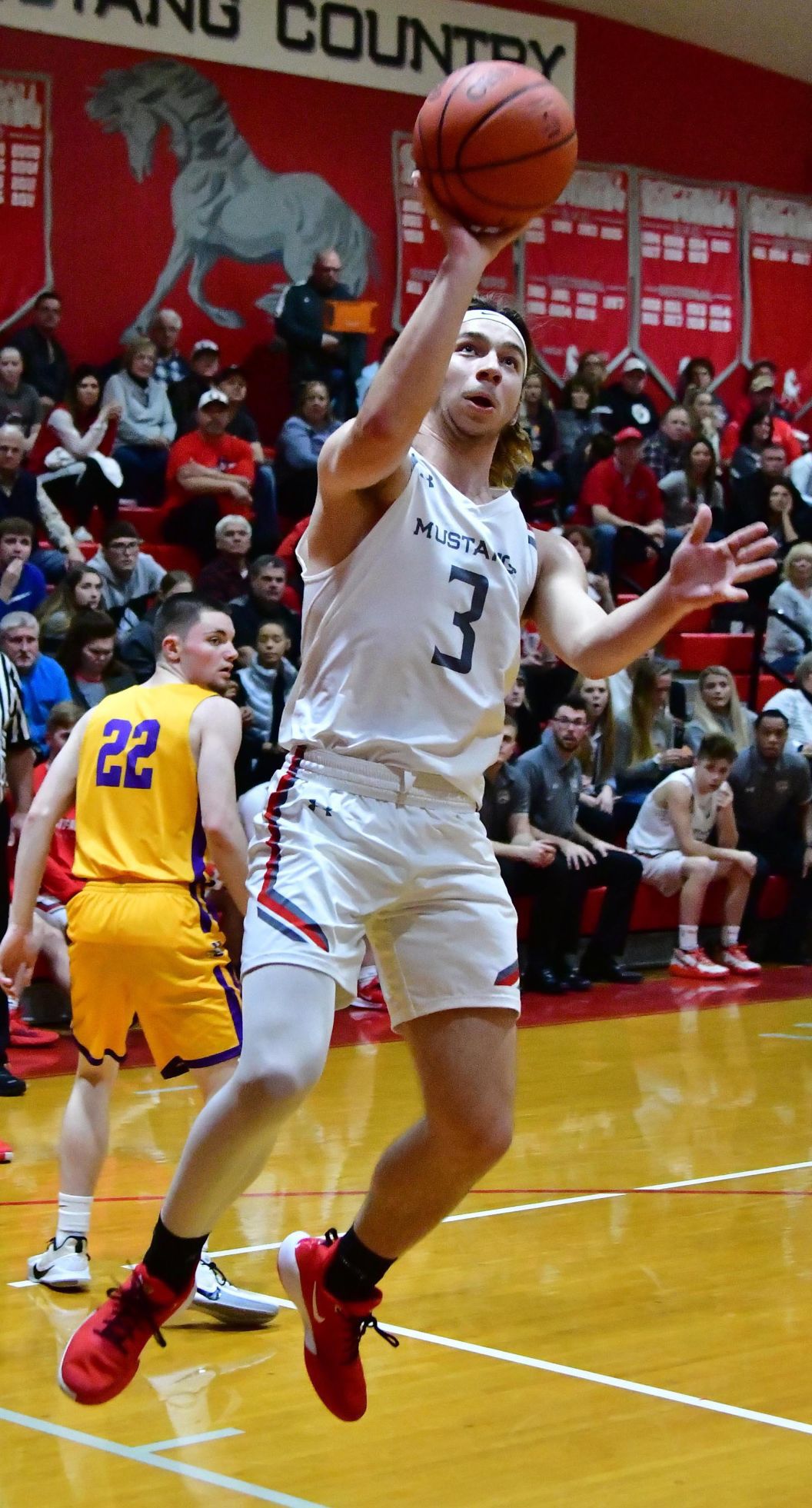 Westfall’s Connor Spohn scored 11 points on Friday in a 50-35 loss to Unioto. 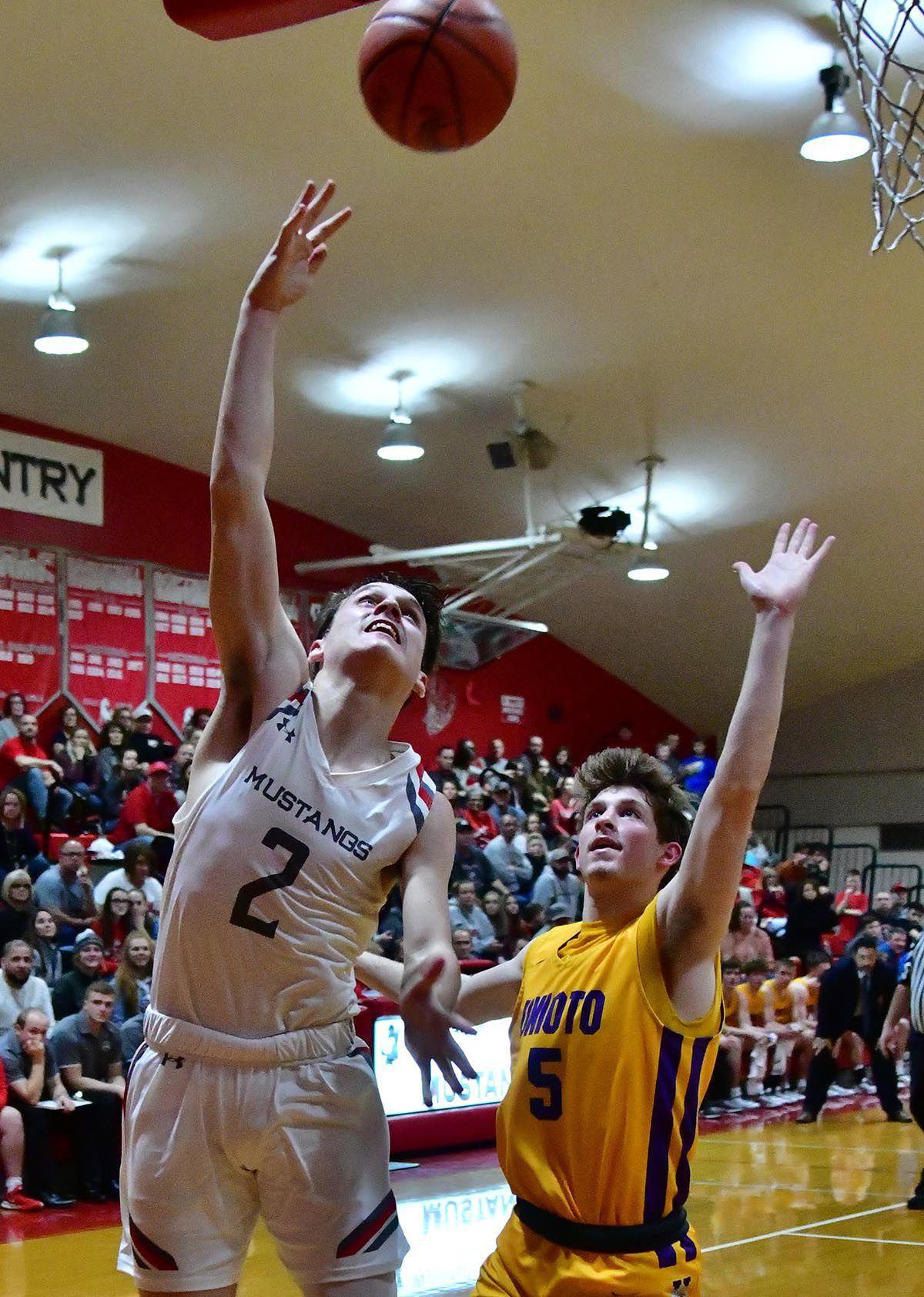 Westfall’s Hayden Lemaster scores two of his eight points on Friday against Unioto.

Westfall’s Connor Spohn scored 11 points on Friday in a 50-35 loss to Unioto.

Westfall’s Hayden Lemaster scores two of his eight points on Friday against Unioto.

Westfall was unable to carry over a solid start on Friday in a 50-35 Scioto Valley Conference loss to visiting Unioto.

The Mustangs had five players take part in scoring during the first quarter, which ended with Westfall enjoying a 13-9 lead. Hayden Lemaster led the way with four points and Connor Spohn canned a three-pointer.

Unioto checked the Mustangs to just six points in the second quarter to take a 22-19 halftime advantage. The Shermans then extended their lead to 39-29 at the end of three quarters of play.

Spohn paced the Mustangs with 11 points, Lemaster followed with eight and Luke Blackburn chipped in seven.

The Mustangs (6-7, 2-5) are off until Friday when they continue conference play at Piketon.

Circleville had nine players contribute to a 69.6 percent shooting performance from the field on Friday in a 71-16 Mid-State League Buckeye Division win over host Hamilton Township.

The Tigers finished the evening 32 of 46 and also had 21 assists. Kenzie McConnell led the way with 18 points, Morgan Blakeman followed with 15 and Tori Bircher added 12. Brie Kendrick dished out eight assists and had six rebounds to go with her six points.

Five players contributed to a 20-0 first quarter for the Tigers, paced by McConnell scoring eight points and Blakeman and Bircher chipped in four apiece.

The Tigers expanded their lead to 39-1 at intermission, with five players again contributing to the scoring. McConnell led the balanced effort with six points, Sidney Gray followed with five and Bircher scored a pair of baskets.

Lailoni Scarberry scored the lone point of the first half for the Rangers (3-9, 0-8) and finished with five points.