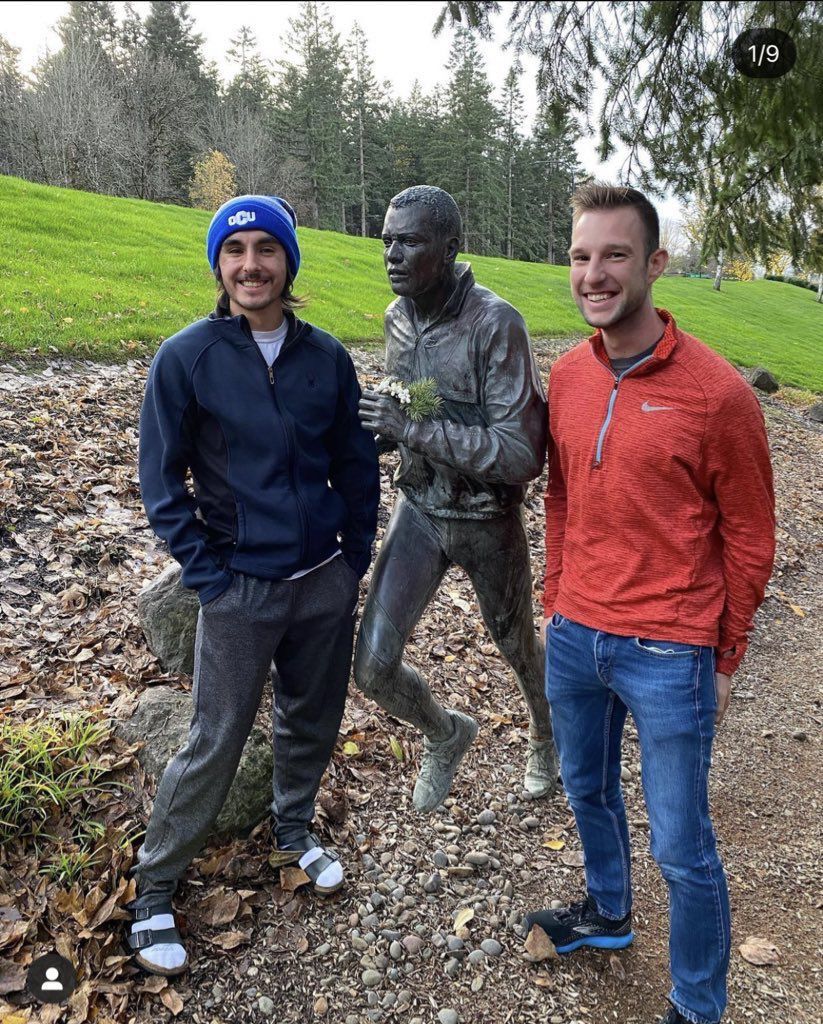 The 2021 cross country season was made historic by Dickerson and Mientkiewcz at OCU. In the 8k race both runners have made the university’s top three all-time speed list this season. Dickerson now holds the fastest time for a male runner in OCU cross country history with a competitive time of 25 minutes, 43.9 seconds according to the athletic department.

Not to be out done, in only his freshman season Mientkiewcz has already earned the third fastest time in school history for the 8k race with 26:28.4. At the national championships this weekend, both runners look to improve on their records.

Under the coaching of Interim Head Coach Courtney Brown, the OCU men’s cross country team has blossomed this season. In addition to Dickerson and Mientkiewcz records, the men’s team had one other runner make the all-time leaderboard this season.

Corry Mientkiewicz’s older brother Chester, a transfer to OCU, now holds the sixth fastest time in school history with a posted time of 27:14.9 this season.

Also under Brown’s coaching, the women’s cross country team added a name to their leaderboard this season as well. Senior Brittany Lenz sits fifth for fastest women’s runner with a time of 20:27.6 in the 5k race after the 2021 season.

Individually the cross country program made huge strides this year. However, as a team there is still room to grow and build more consistency from race to race.

For now the program looks to cheer on Dickerson and Mientkiewicz at the national championship this weekend.