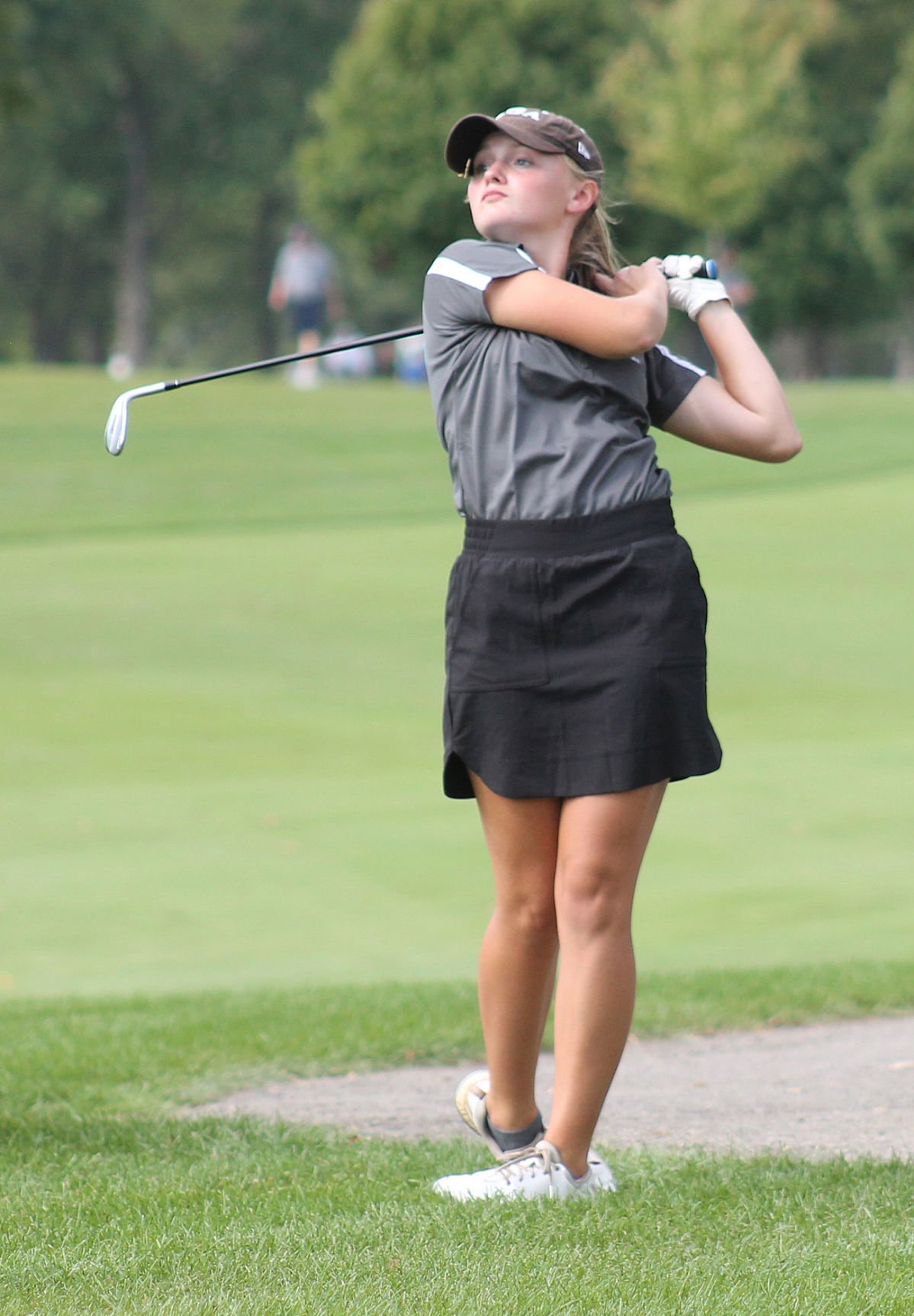 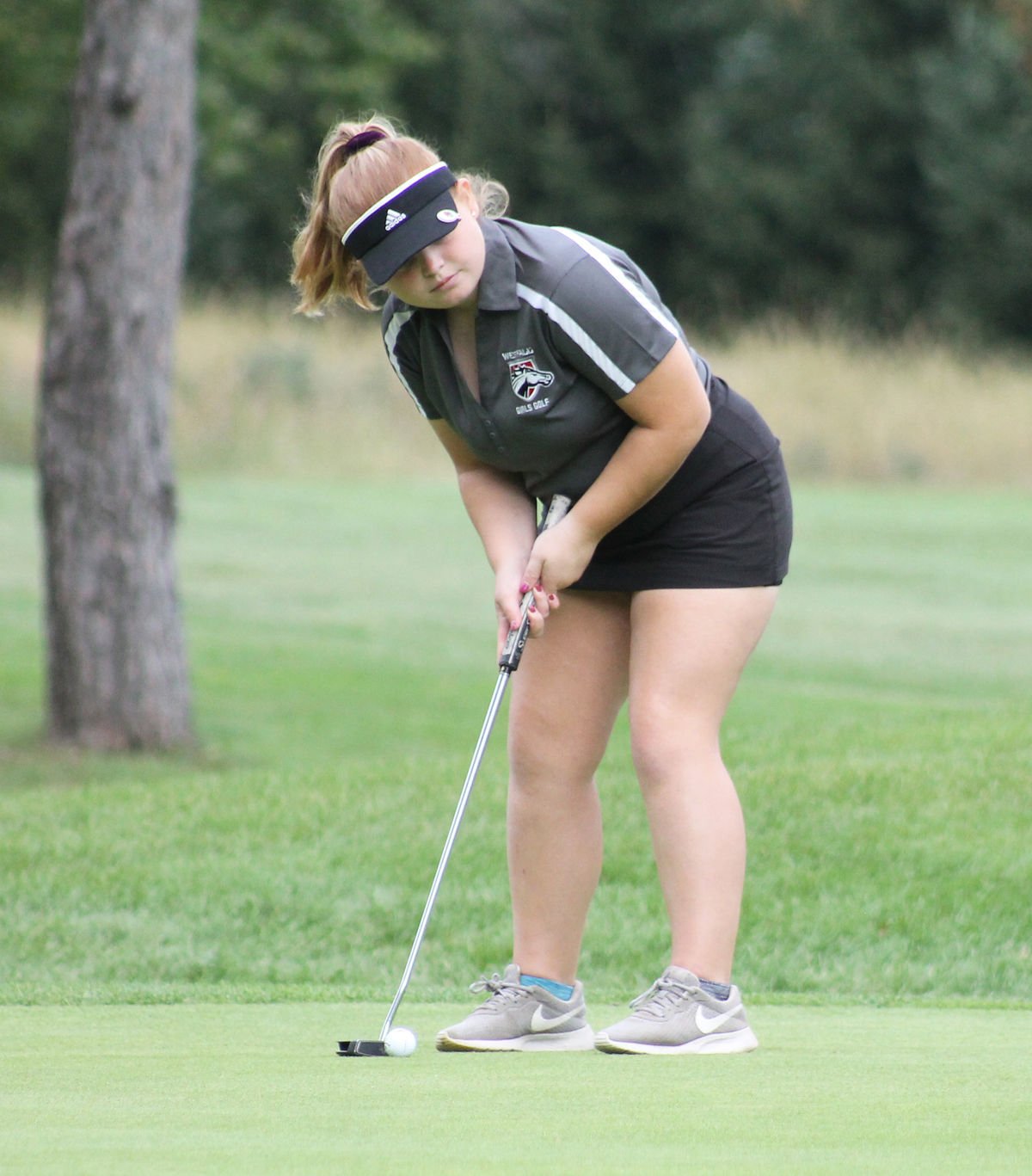 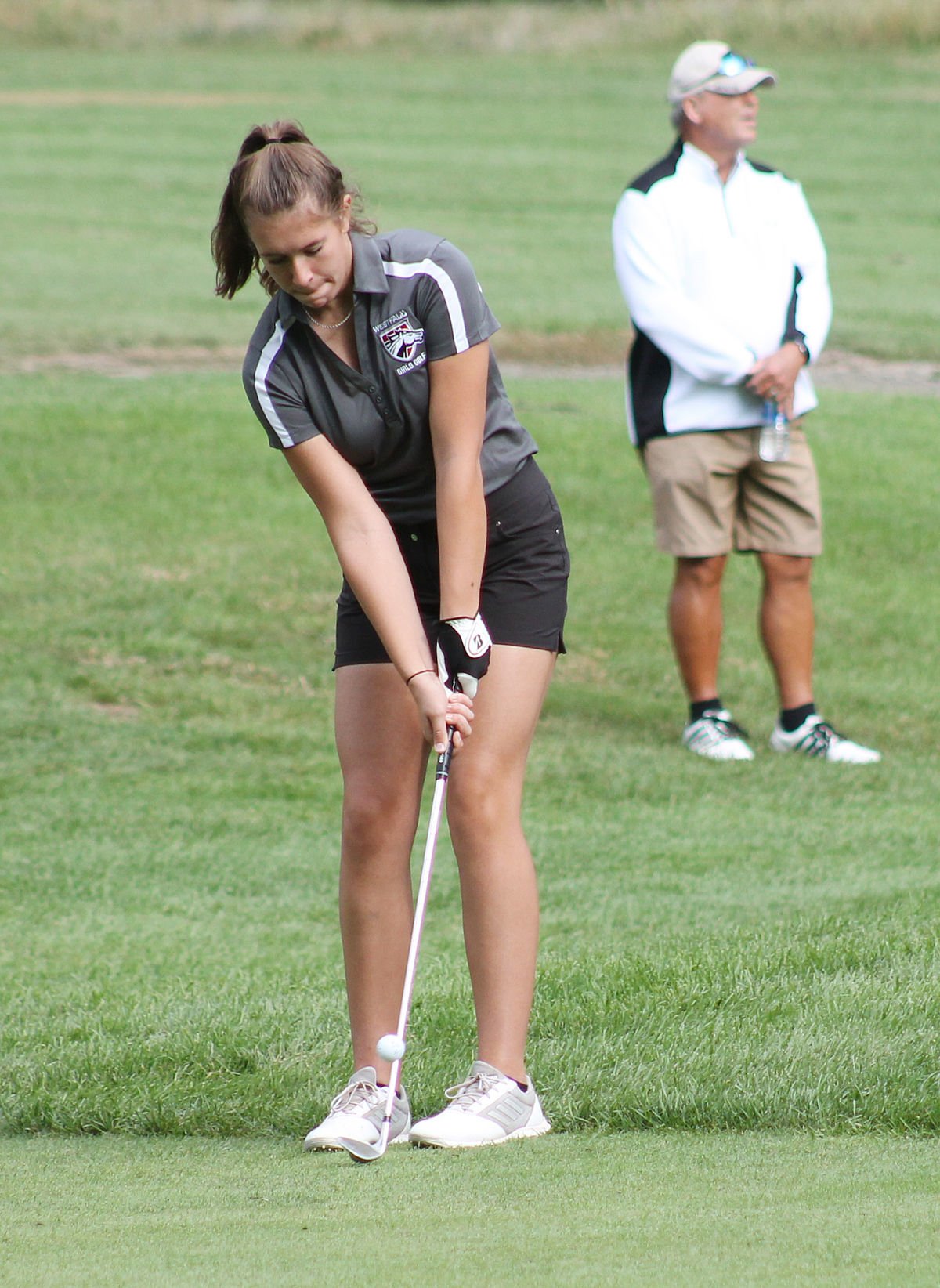 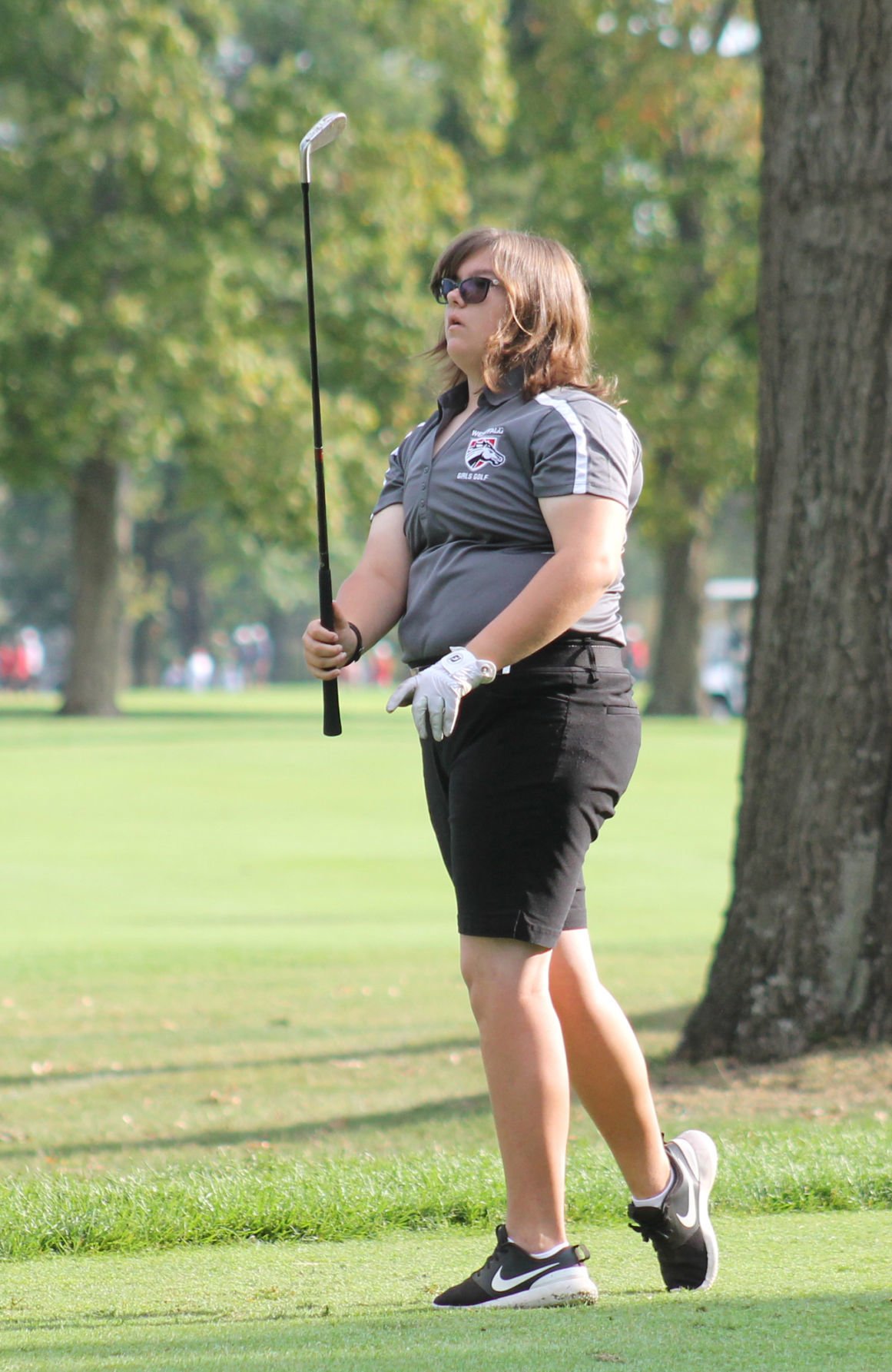 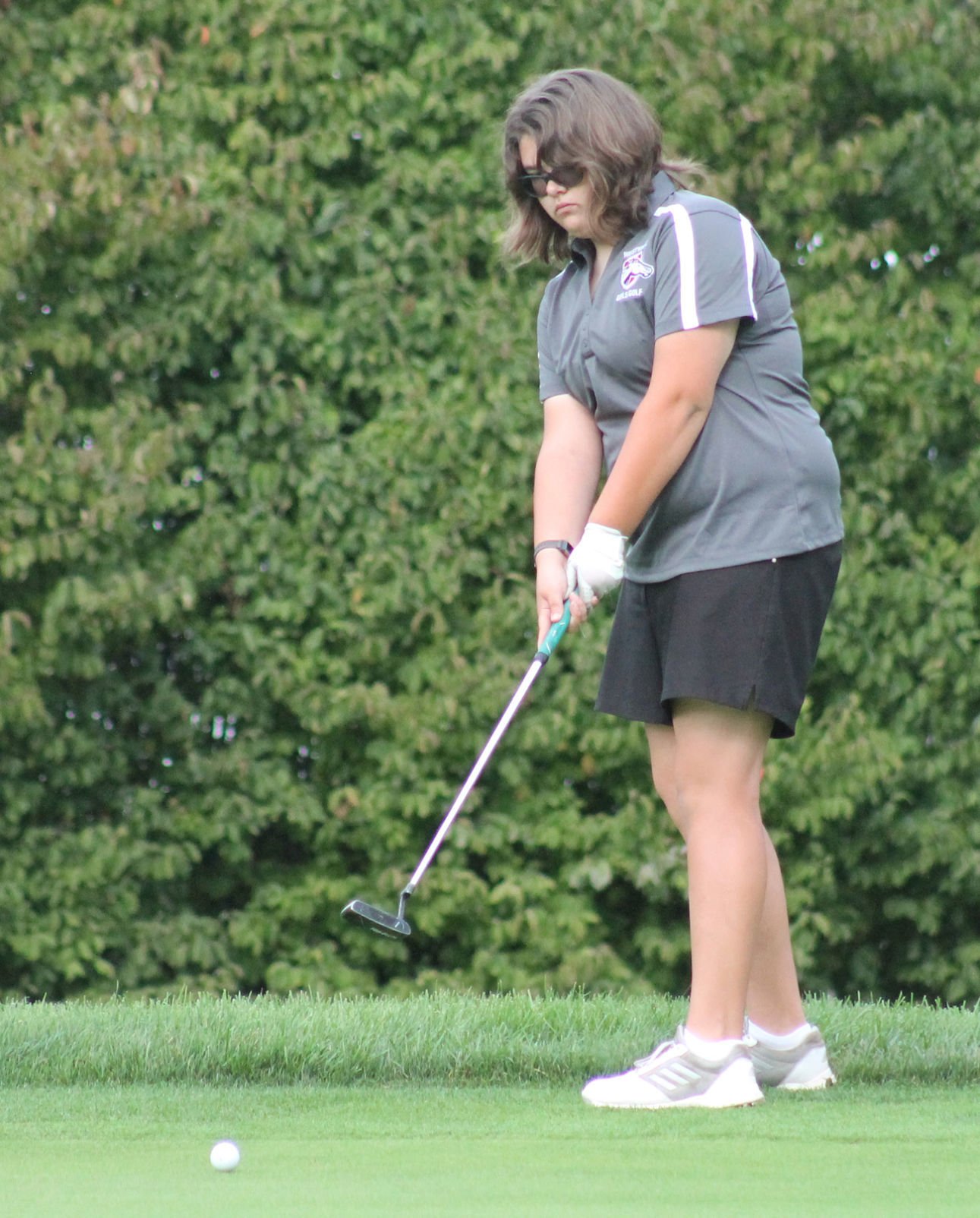 COLUMBUS — At the end of the day, Westfall sophomore Maddi Shoults was satisfied with her debut at the Division II state tournament.

Shoults shot a round of 76 on the second and final day of the tournament on Saturday to finish tied for ninth overall with a two-day score of 150 at The Ohio State University Gray Golf Course. The finish earned Shoults second-team All-Ohio honors.

“It’s really an honor to finish in the top 10, because that field was full of really great competition and the scores were really close to each other,” Shoults said.

Shoults opened play on Saturday on the back nine and had a tough beginning with three-straight bogeys followed by a double bogey.

“I struggled at the beginning, because of how cold it was,” Shoults said. “It almost felt like I couldn’t feel my own hands, which makes it tougher to grip the clubs.

“My putting was also off from where it normally is.”

The Westfall sophomore adjusted to play one-over-par over the final 14 holes, which included birdies on 15 and two.

“I started hitting my irons farther, so I had shorter putts once I got onto the green,” Shoults said. “I hit a lot of pars after the start I had, especially on the front nine holes of the course, so I’m proud of the way I stayed with it and battled the elements.”

The Mustangs shot 377 in their second round and finished the two-day tournament with a 732 to place 11th.

“It was tough sledding for the team. We gave up a lot of strokes on the first five or six holes,” Westfall coach Kevin Shoults said. “The temperature was 39 with a wind chill of 28 when we started. We were prepared for the weather with equipment, but the layers, the time between our range time and tee times were quite some time, and having to be shuttled to the 10th tee.

“All the scores for the most part were higher with the early tee times. It was cold and the rain overnight made the course play a tad longer.”

Lima Central Catholic topped the 12-school field with a two-day score of 647 and Marlington followed with 658.

The Mustangs lose Seeley and Hart to graduation, along with Makayla Bryant.

“I’m proud of the team and how they performed the 54-hole marathon this week, including the practice round,” Coach Shoults said. “I told the seniors what better place to play your last round of high school golf.

“We had a great time, lots of laughs and great meals. We can’t thank the school, community, parents, and grandparents enough for the tremendous support.”

Shoults is looking forward to the future, both for the team and for herself.

“Playing the state tournament was a great experience for the twins (Emily and Maddy Cook) and me, so we’ll be back and help lead the lineup that we’ll have,” she said. “I’m a much better player than I was a year ago, due to all the work I put in during the offseason and the tournaments I played in.

“I shaved about two strokes off my nine-hole score from my freshman year and I’ll get back to work this offseason and try to take the next step.”