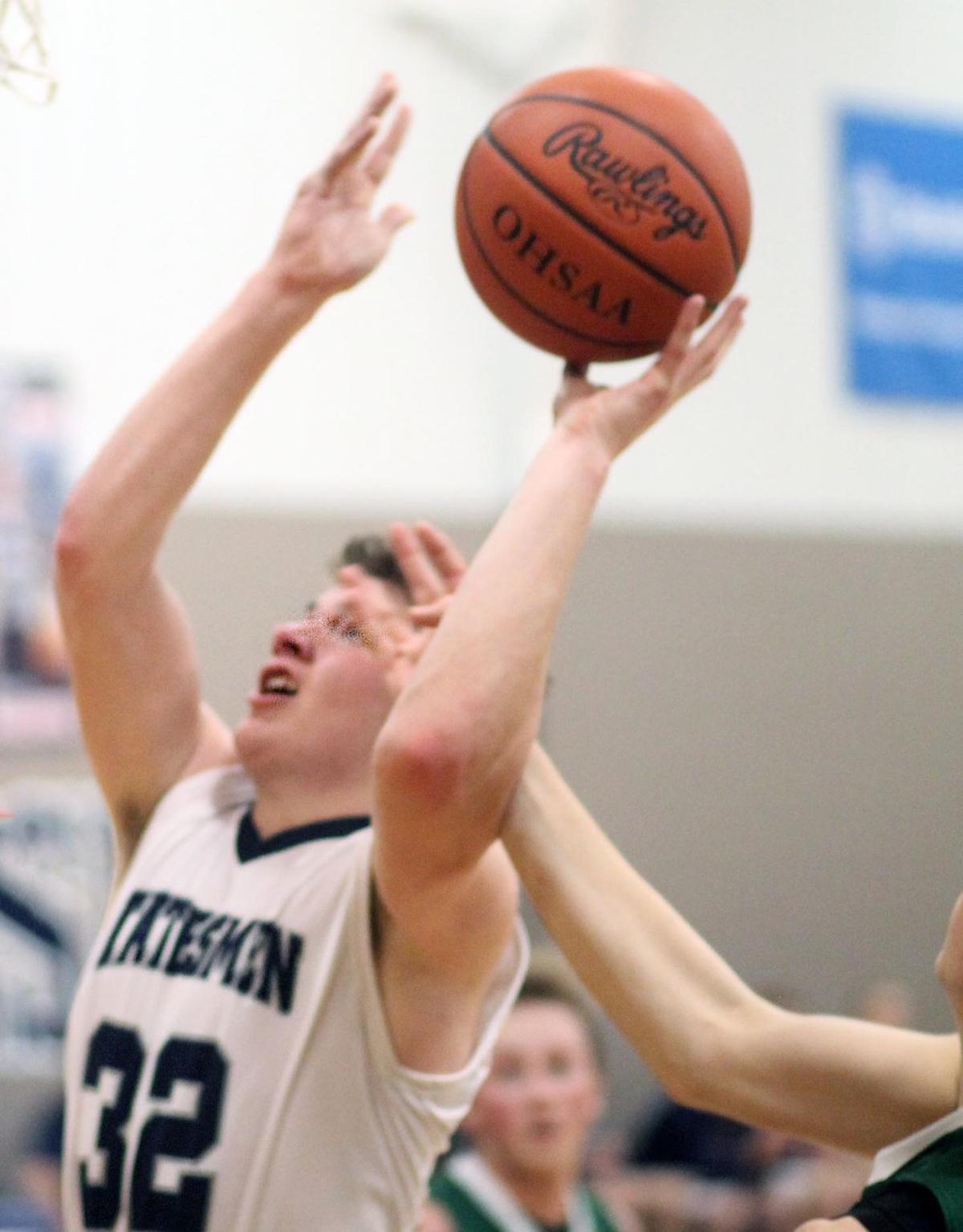 New Hope’s Simon McAllister finished with 10 points on Thursday in a 49-44 loss to Fisher Catholic. 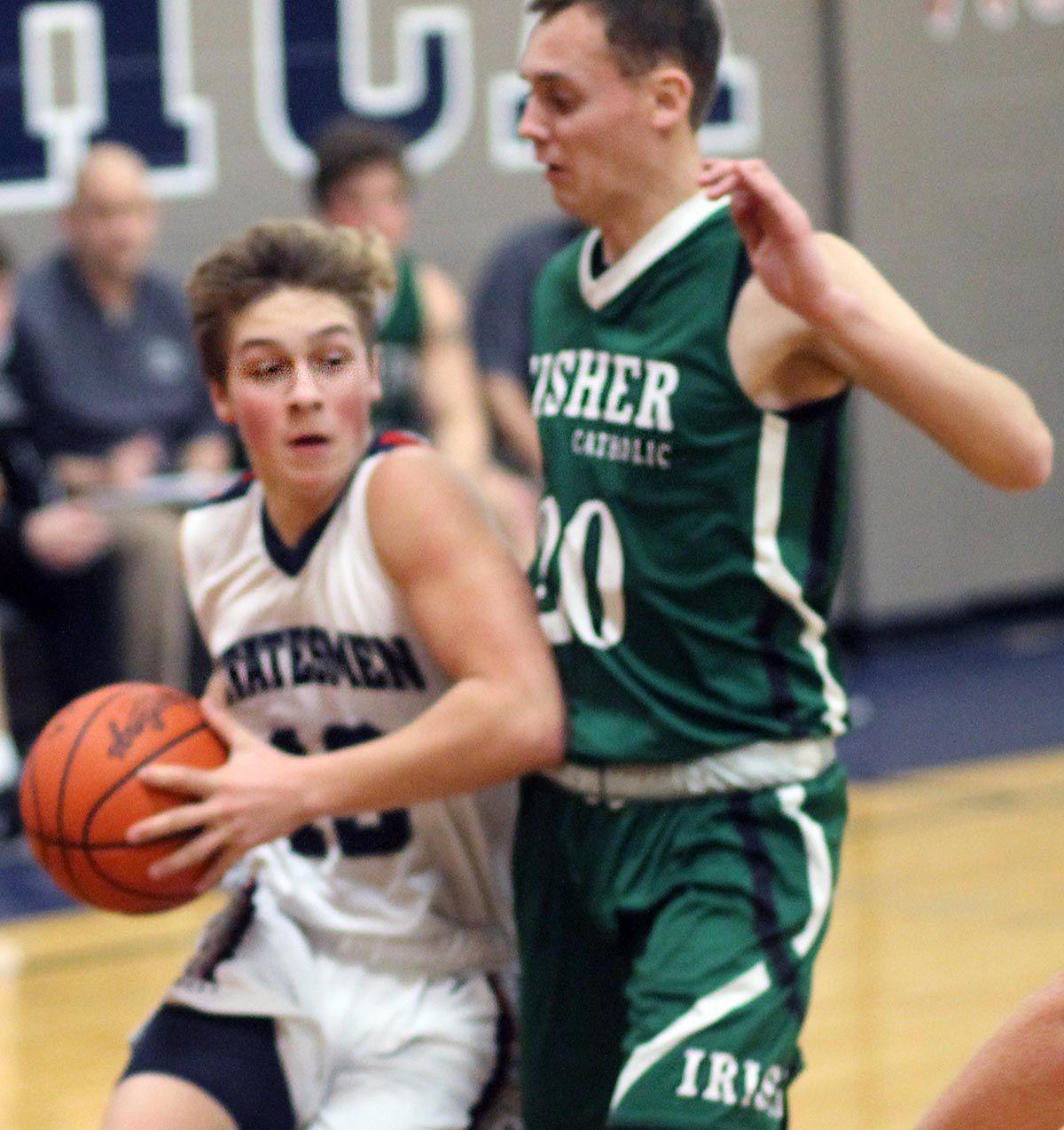 Holden Roese had 12 points on Thursday for New Hope.

New Hope’s Simon McAllister finished with 10 points on Thursday in a 49-44 loss to Fisher Catholic.

Holden Roese had 12 points on Thursday for New Hope.

If New Hope coach Shane Roese was putting together a puzzle on Thursday night, he had every piece but one to complete the picture.

“I told our guys after the game that we defended well, we took care of the basketball, we got a number of good looks, but we just struggled hitting shots,” he said. “We know we have guys who are capable of knocking those shots down, but tonight just wasn’t our night.”

The Statesmen cut a 13-point deficit down to a point in the final minute on Thursday, but a 14 of 54 (25.9 percent) shooting performance was ultimately too much to overcome in a 49-44 loss to visiting Fisher Catholic.

Mahaley Farmer and Gabby Patete each dropped in 17 points on Thursday to help send Westfall to a 59-48 Scioto Valley Conference win over visiting Piketon.

Marcy Dudgeon followed with 10 points and Kylee Henry added nine for the Mustangs (5-7, 3-4), who continue conference play on Tuesday when they host Adena.

Roese credited the 2-3 zone defense the Irish employed for making it difficult for the Statesmen to knock down shots.

“We like to spread the floor and either get the basketball inside to our big guys or penetrate to the basket. Fisher Catholic’s 2-3 zone made it difficult to do that and, instead, we had to swing the ball around and take a lot of threes,” he said.

The two teams entered the second half tied at 18-18, but back-to-back threes by Bryson Vogel and Josh Burke followed by a putback basket courtesy of Burke gave the Irish a 26-18 lead.

“We knew the first three to four minutes of the second half were going to be critical, but give Fisher Catholic credit for knocking down some shots and putting us in a hole,” Roese said.

Burke scored 12 of his 14 points in the third quarter for the Irish, who entered the final period with a 37-26 lead. A layup to open the final stanza gave the Irish their biggest lead of the night at 39-26.

New Hope responded by scoring 18 of the next 25 points, started by a funky layup by Simon McAllister and four free throws courtesy of Caleb Heidish.

A three-pointer from the left wing by Tyler Cavanaugh made it a one possession game and two free throws to by Holden Roese, who scored seven points during the run, cut the Fisher Catholic lead to 45-44 with 1:03 remaining.

“Our defense got us back in the game and I was proud of the way our guys responded to Fisher Catholic’s run there in the third quarter,” Roese said. “Holden knocked down a couple of shots and got to the line during the run and that kinda sparked us and also got our defense going.”

The Irish had five turnovers during run against a trapping Statesmen defense.

A pair of free throws by Vogel gave the Irish a three-point lead and the Statesmen had their final two possessions end with three missed treys.

Burke added a layup when the Irish broke a trap with 15 seconds left to make the final 49-44.

Roese had 12 points, McAllister tallied 10 and Donovan Geddis chipped in nine for the Statesmen (6-5).

New Hope is back in action on Saturday night when it hosts Horizon Science.