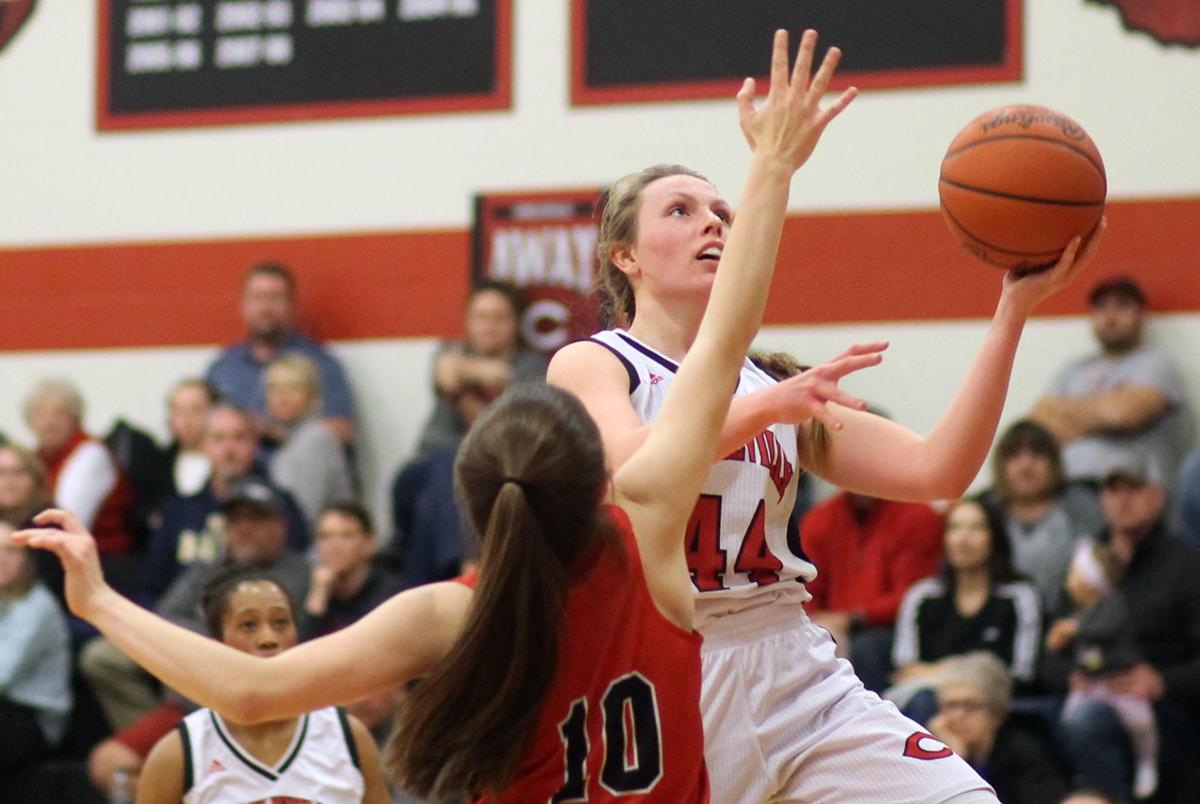 Circleville junior Kenzie McConnell scores two of her game-high 21 points on Tuesday in a 57-48 win over Fairfield Union. 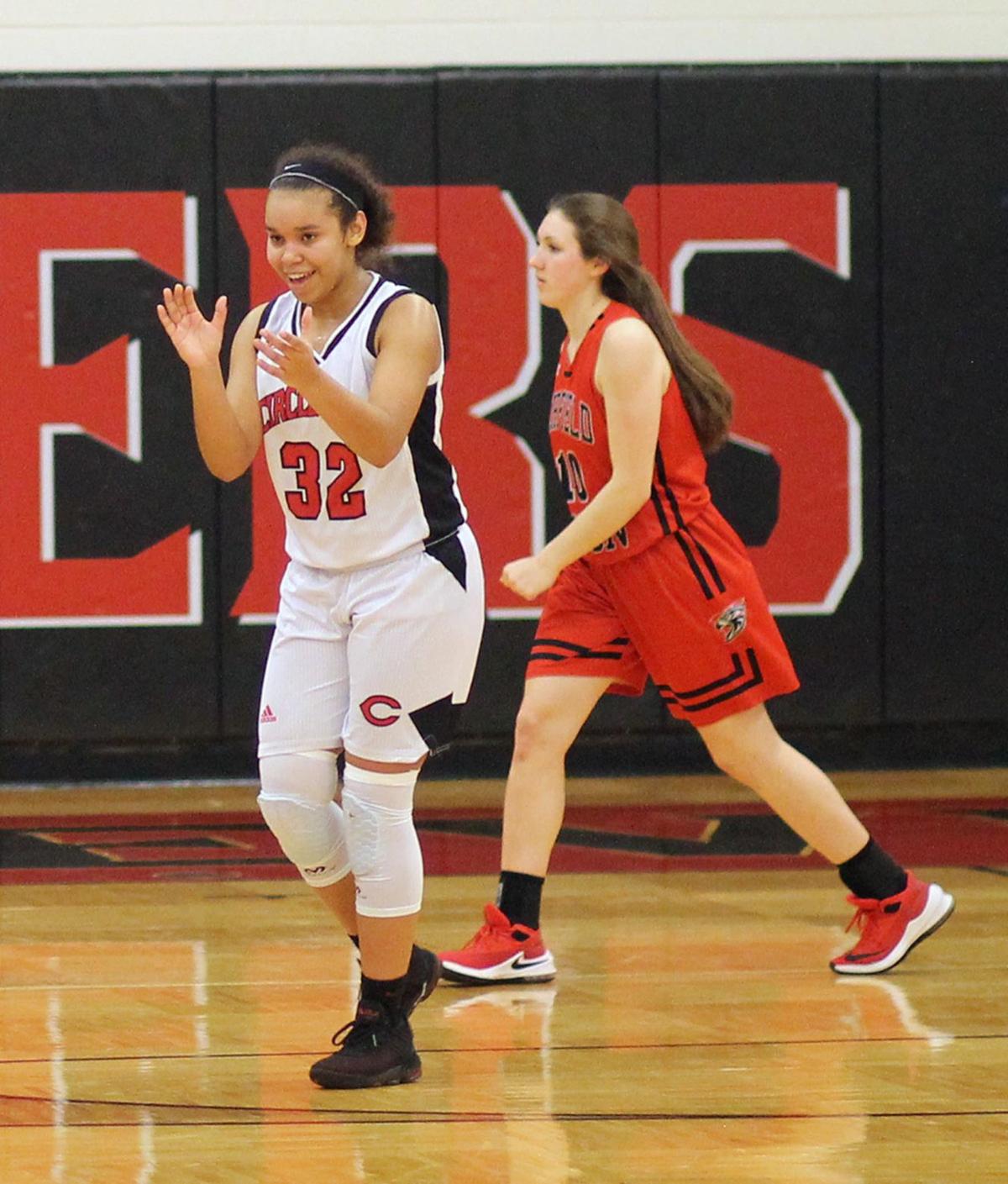 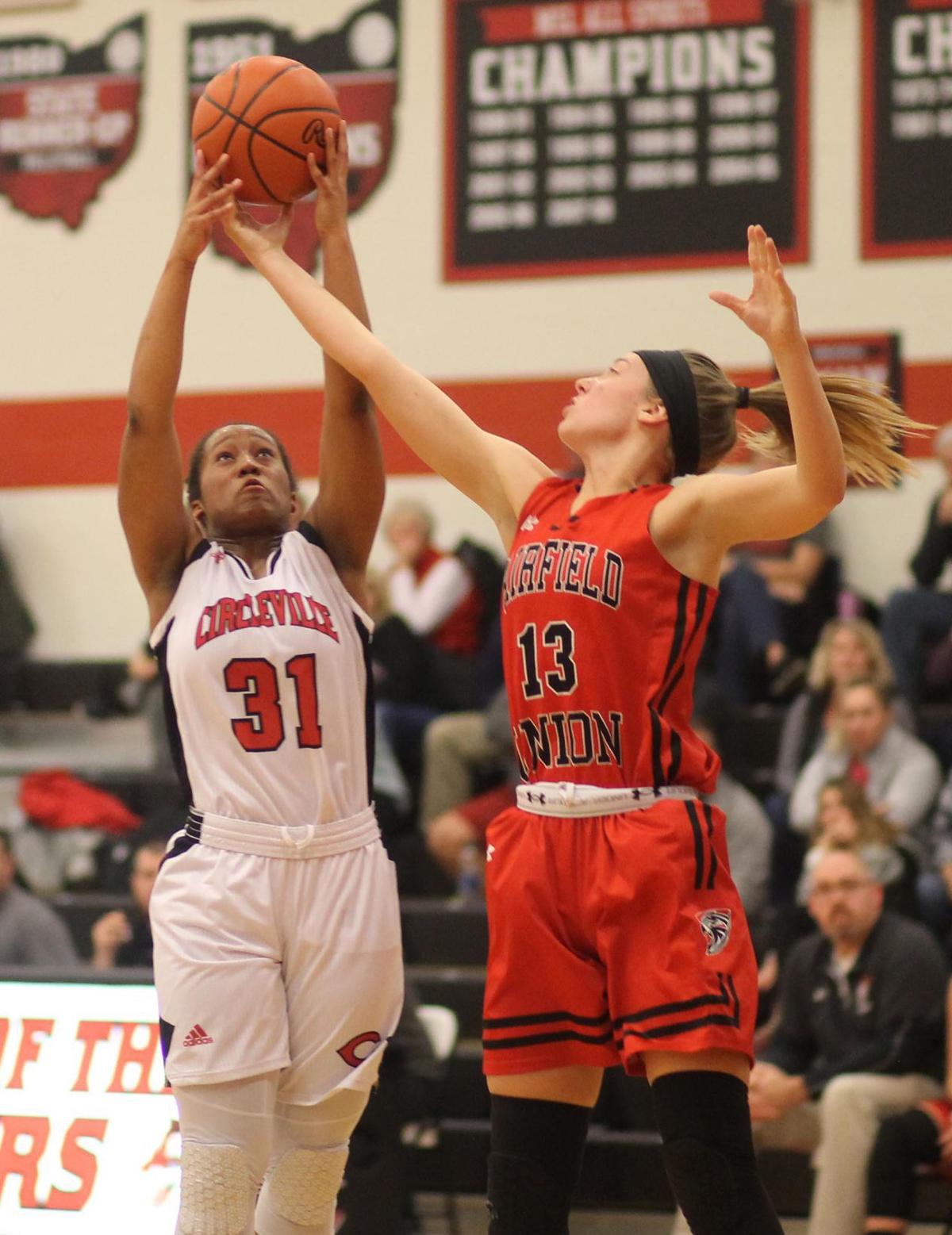 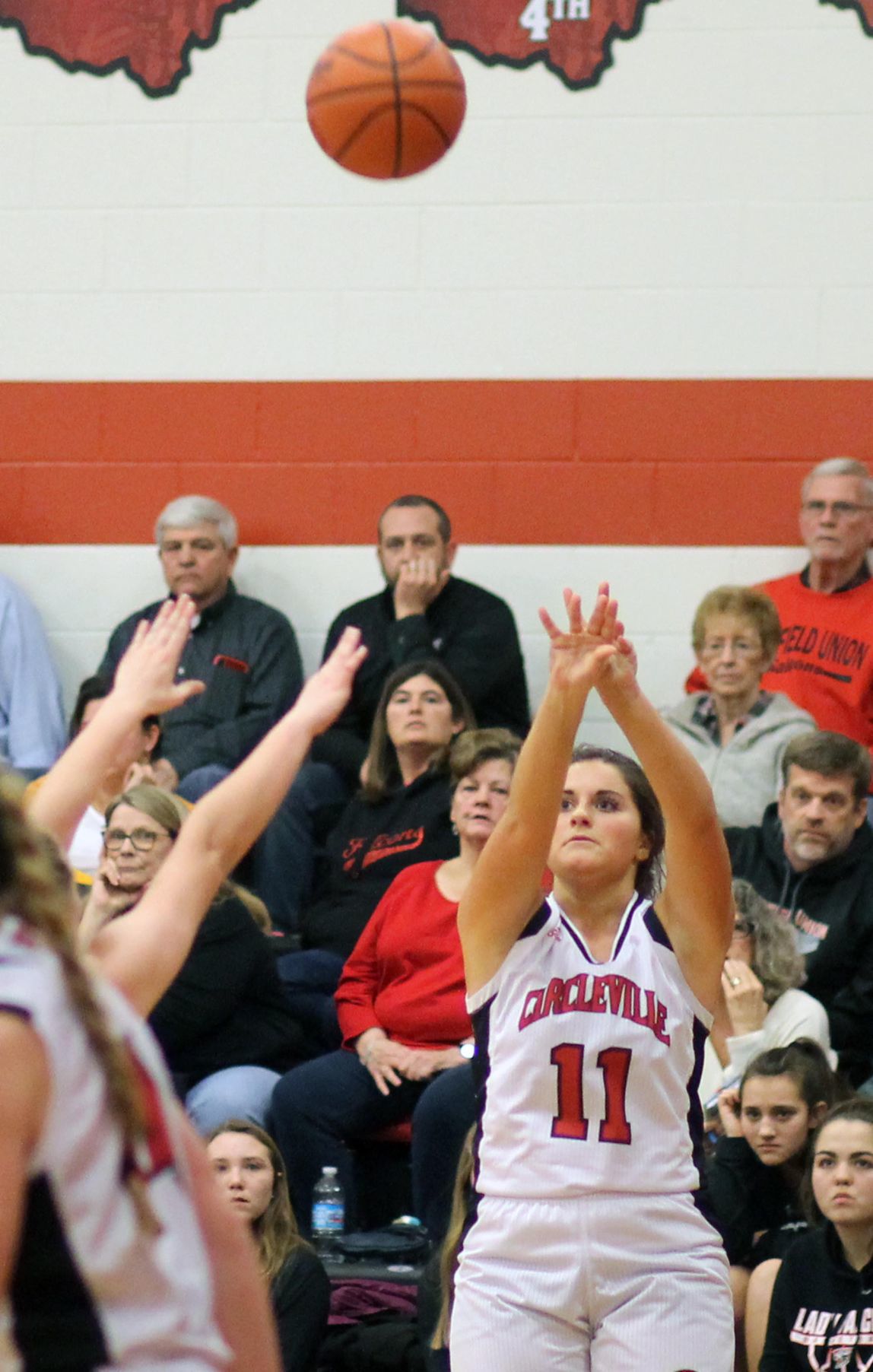 Circleville junior Kenzie McConnell scores two of her game-high 21 points on Tuesday in a 57-48 win over Fairfield Union.

With an average margin of victory of 26.4 points, junior guard Jaylah Captain would be the first to admit that Circleville hasn’t been pushed much so far this season.

That changed on Tuesday night with the Tigers clinging to a 46-45 lead with two minutes remaining. Circleville rose to the occasion, scoring 11 of the final 14 points and getting key stops in crunch time to defeat visiting Fairfield Union 57-48 in a Mid-State League Buckeye Division game.

“This showed how much heart we have as a basketball team,” Captain said. “We honestly haven’t played very many close games this season, but we responded when we had to tonight in a close game.

“We executed our offense, we got easy shots inside and we hit free throws that we really needed to hit. We were strong and we ground it out.”

With 6-1 senior Meghan Davis sidelined with an injury she suffered on Monday in practice, six-foot junior Kenzie McConnell stepped up with a monster game of 21 points, 15 rebounds and four blocks. Jaylah Captain followed with 14 points and five rebounds, and Tori Bircher added nine points and four rebounds.

“Every time we play Fairfield Union we know it’s going to be a physical game and every time we play them we get pumped up,” McConnell said. “Ever since we’ve been in middle school, this has been a little rivalry.

“We knew it was going to be tougher with Meghan out and we had to step up. They always had another girl coming over to help against me. If it was there, I looked to score and if it wasn’t we went inside-out with our offense to get an open shot for one of our guards or get a driving lane to the basket for one of them.”

The final tied the closest win of the season for the Tigers, previously nine points in a 50-41 win on Dec. 27 over Tri-Valley, but this game was closer throughout and in crunch time.

“We needed this, especially with tournament time starting next month,” McConnell said. “We responded well to the adversity we faced with Meghan’s injury, some sickness going through our team and having fewer subs than we normally do in a game.”

Captain scored on the right block with 1:51 remaining to give the Tigers a three-point lead, but Hannah Rauch split a pair of free throws to make it 48-46.

From there, the Tigers kept their perfect record intact at the free throw line, draining 9 of 10 (attempts) to finish a stellar evening where they shot 17 of 20 (85 percent) overall.

“We’ve improved quite a bit with our free throw shooting from last year to this year and that’s why we work hard on it in practice, for situations like we had tonight,” Circleville coach Steve Kalinoski said.

Captain drained a pair of free throws to give the Tigers a 50-46 lead.

Following a turnover by the Falcons, the Tigers were able to drain 27 seconds off the clock before Peyton Perini was fouled and drained two more free throws.

Bircher was then able to tie up a Falcon on the ensuing possession to force a held ball, with the arrow favoring the Tigers. Captain went back to the charity stripe and drained another pair to give the Tigers an eight-point lead.

McConnell closed out the decisive run for the Tigers by hitting three of four free throws to make it 57-46. The Falcons then scored on a layup in the closing seconds.

Claire Cooperider paced the Falcons with 13 points, Evie Wolshire had 10 and Katie Burke added nine. The Falcons lost to the Tigers 54-42 in the first meeting in late November.

“Fairfield Union played pretty well as a team and they were able to do a few things that teams haven’t really been able to do this season,” Kalinoski said. “Our girls responded down the stretch and got some key stops when we really needed them.”

With Davis out of the lineup, Kalinoski highlighted the performance of seniors Peyton Perini and Sidney Gray, who combined for 11 points.

“Peyton started 25 games for us last season, so we know that we’re going to get solid defense and she has the ability to knock down a couple of shots,” he said. “Sidney and Peyton stepped up and hit three big threes and then Peyton had a couple of key free throws there at the end.”

The Tigers continue league play on Saturday at Teays Valley.