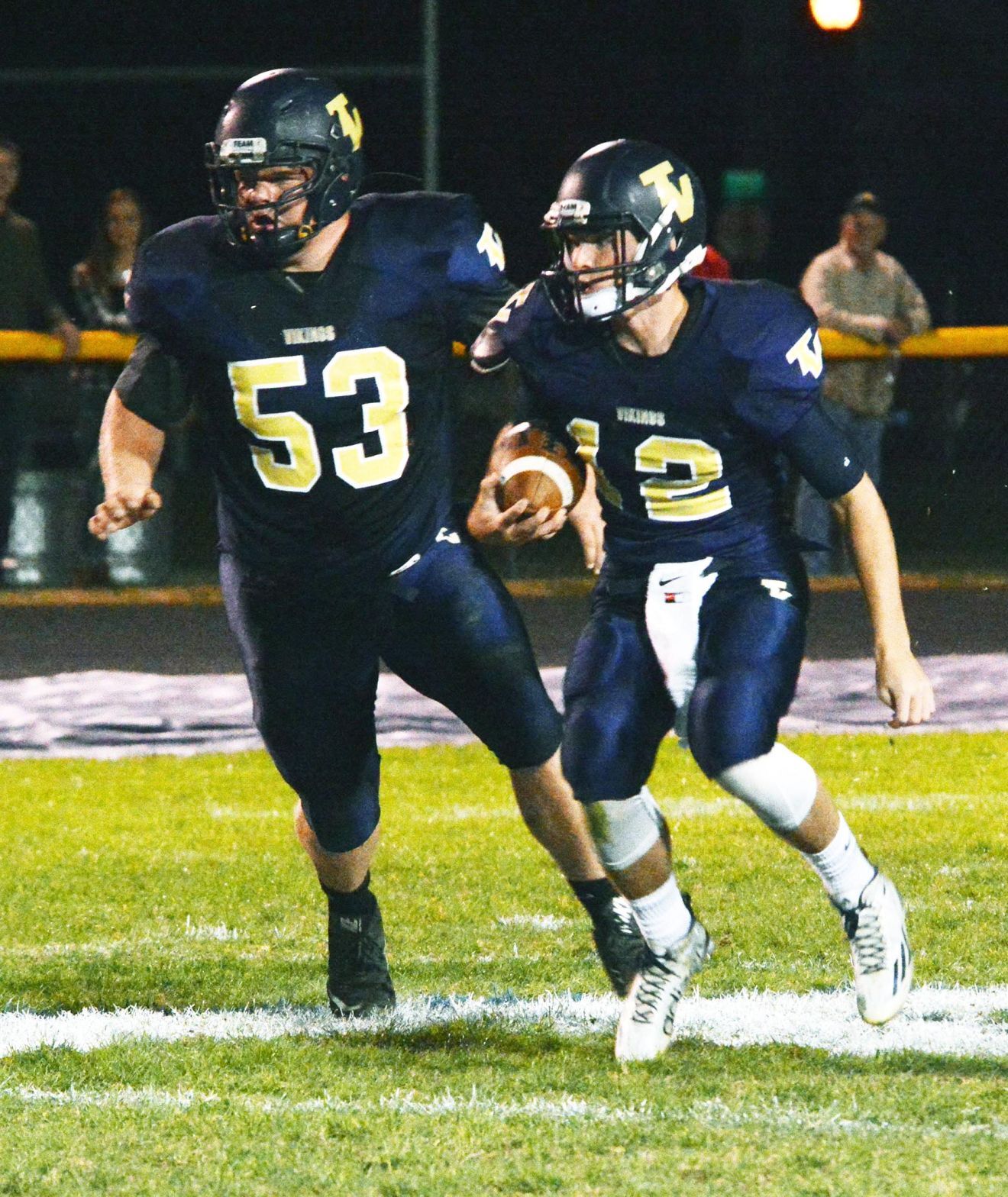 Teays Valley’s Drew Pennington (right) was Back of the Year and teammate Neal Davis (left) was Lineman of the Year in football in 2015. 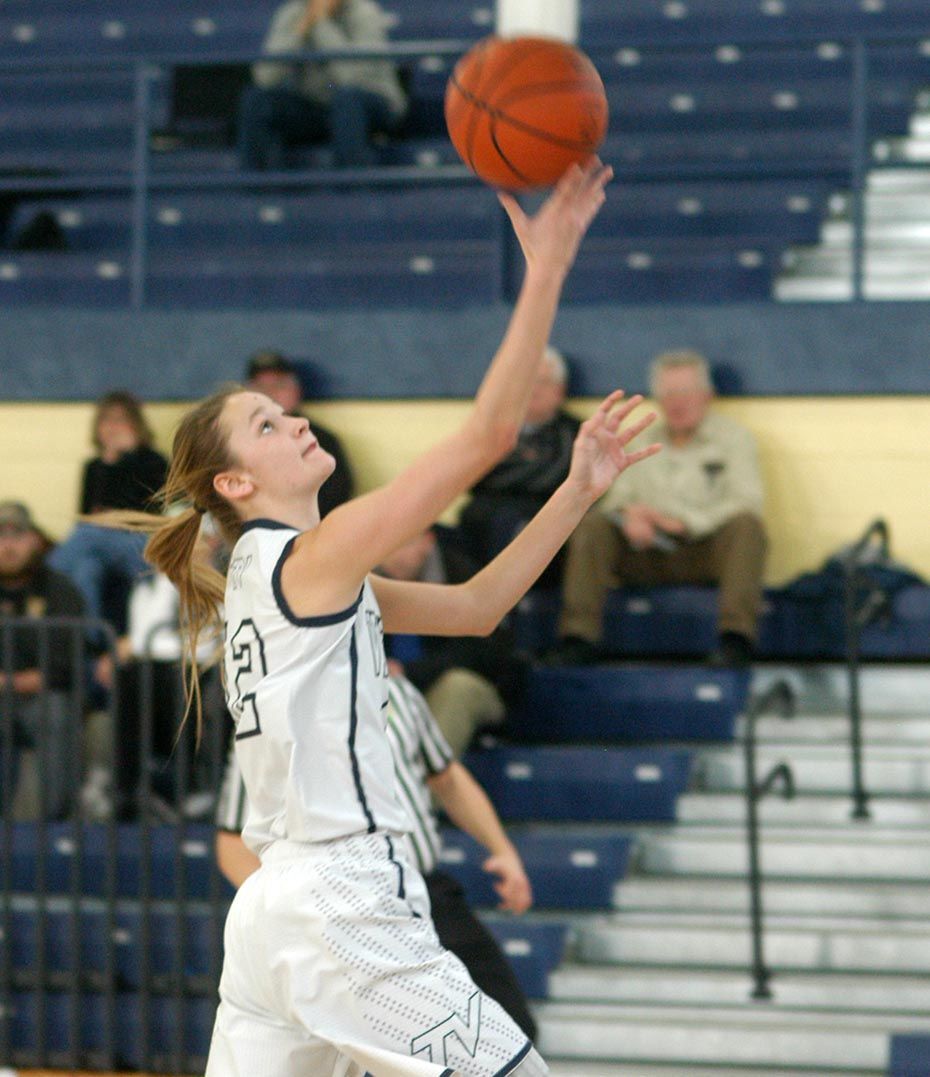 Teays Valley alumna Shayna Harmon was selected as Division I Central District Player of the Year in 2016 by a media panel from across the district. 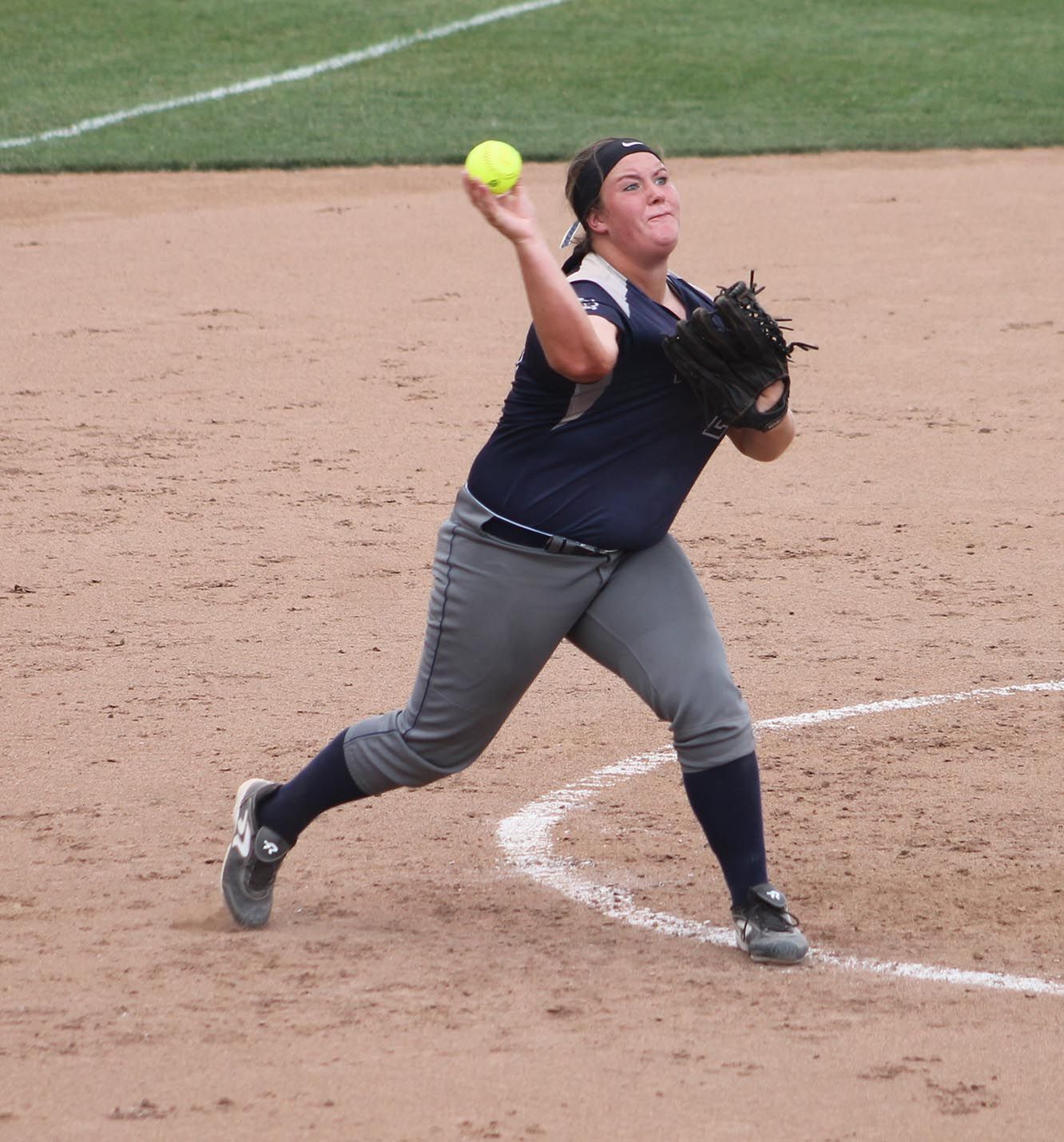 Teays Valley’s Alyssa Rothwell was First Team All-Ohio in Division I softball in 2016.

Teays Valley’s Drew Pennington (right) was Back of the Year and teammate Neal Davis (left) was Lineman of the Year in football in 2015.

Teays Valley alumna Shayna Harmon was selected as Division I Central District Player of the Year in 2016 by a media panel from across the district.

Teays Valley’s Alyssa Rothwell was First Team All-Ohio in Division I softball in 2016.

"First off, I want to say congrats to Alyssa and Neal," Harmon told The Circleville Herald. "I am extremely honored and humbled to be apart of the Teays Valley Athletic Hall of Fame and to join all of the great athletes that have gone through Teays Valley High School. I am excited to share this opportunity with my fellow classmates, Alyssa and Neal."

“I was really shocked when I got the phone call,” Rothwell told The Circleville Herald. “I remember looking through the hall of fame pictures that have outside the gym when I was a kid and my parents would take me to Teays Valley games.”

Rothwell holds an impressive career at Teays Valley High School with one accolade of being a member of the 2015 Division I State Championship team. In a moment that only a few could imagine having, Rothwell took the helm inside the circle, shutting down the previously undefeated Lebanon High School — allowing one hit and striking out seven within eight productive innings.

A four-time varsity letter winner for former coach Brenna Giesige, the former Lady Viking was also a Second Team All-State recipient her junior year after helping earn a 17-7 overall record, a 1.80 ERA and 189 strikeouts that year.

With many members of her family holding experience at the next level when it comes to athletics, it’s no secret that Rothwell was destined to step onto a collegiate diamond.

Choosing to venture outside the great State of Ohio, Rothwell took her talents to Ball State University where she excelled. After graduating with a degree in early childhood education in December of 2020, Rothwell also claimed many achievements within the institution’s program, the conference, as well as the nation.

A four-year letter recipient for the Cardinals, Rothwell became the 2019 NCAA Statistical Champion after collecting 14 saves — a Ball State and Mid-American Conference Single Season Record. The milestone by the area local also led the nation and tied with the third most saves in a single season in Division I history.

After being granted another year of eligibility due to a global epidemic, Rothwell made Division I softball history. The year prior, Rothwell’s career saves tallied 28; four shy of Mississippi State’s Kellie Wilkerson’s 32 career saves. Rothwell claimed the record toward the end of the 2021 college season with 33 career saves.

“When I was flipping through the pictures I remember thinking that I wanted to be in Teays Valley’s Hall of Fame when I was older and make an impact on my school like they did,” Rothwell said. “I couldn’t be happier to share this moment with Neal and Shayna.”

On the gridiron, another former Viking made noise as a member the University of Findlay’s Oilers.

Neal Davis graduated from Teays Valley in 2015 and is the son of Larry and Roxanne Davis. During his time in Ashville, Davis earned several accolades, including twice being named First Team All-League, First Team All-District, honored twice as Mid-State League’s Lineman of the Year and a First Team All-Ohio selection his senior year.

Off the football field, Davis made strides inside the classroom and was selected as a member of the National Honor Society, along with graduating with a 4.0 grade point average.

Transitioning to the collegiate level can be a tall task for some, even for offensive linemen whose main purpose is to be a mountain of flesh that towers over opponents. As a first-year player in 2016, Davis saw playing time in 10 games, appearing as a starter in eight.

In 2016, Davis assisted in clearing the way for Oilers’ quarterback Rhys Gervais in surpassing 2,500 yards through the air, Jason Moore in obtaining over 1,000 receiving yards and getting the run game to over 1,000 rushing yards all in the same season.

In 2018, Davis saw another 11-game appearance, paving the way for another highly productive year for the Oilers’ offense — fourth in the country for first downs (292) and eighth in the country for sacks allowed (seven). He was awarded First Team All-G-MAC, named to the Second Team All-Region by the Don Hansen Football Committee that year.

Following his work on the field, Davis also gained more accolades for his academic work by being named Google Cloud CoSIDA Academic All-American in 2018.

Shayna Harmon is another former Lady Viking whose swiftness on the basketball court earned her immortality in the world of Teays Valley athletics.

The daughter of Rick and Misty Harmon was a member of three Mid-State League championship squads and averaged 24.6 points per game, 8.3 rebounds, 4.9 assists and 2.4 steals per game as a senior Lady Viking.

Her solid performance on the court earned her a spot as a First Team All-Ohio honoree, along with being named MSL Player of the Year twice and was named a First Team All-League recipient in each of her four seasons.

At the end of her career, Harmon complied 1,893 career points — topping the Teays Valley’s girls’ and boys’ programs — 553 rebounds, 421 assists and 373 steals. She also holds the school’s milestone for points (556) and steals (122) in a single season. She is also a member of Teays Valleys state championship softball team.

After exhausting her high school sports career, Harmon moved onto the next level as she began attending the University of Akron, a Division I institution, in 2016, being a member of its basketball program.

In her first year as a freshman Zip, Harmon appeared in 29 games averaging 2.9 points and 1.7 rebounds per contest — making her college debut against Malone University, playing four minutes in a 63-52 win.

As a sophomore, Harmon appeared in another 24 games; being named a starter in 21 matchups — first start coming against Bucknell in November of that year.

In the MAC, Harmon ranked fourth in assist/turnover ratio (1.9) and 10th in overall assists in 2018, along with owning a team-high single-game shooting percentage (.833) against the Cardinals of Ball State.