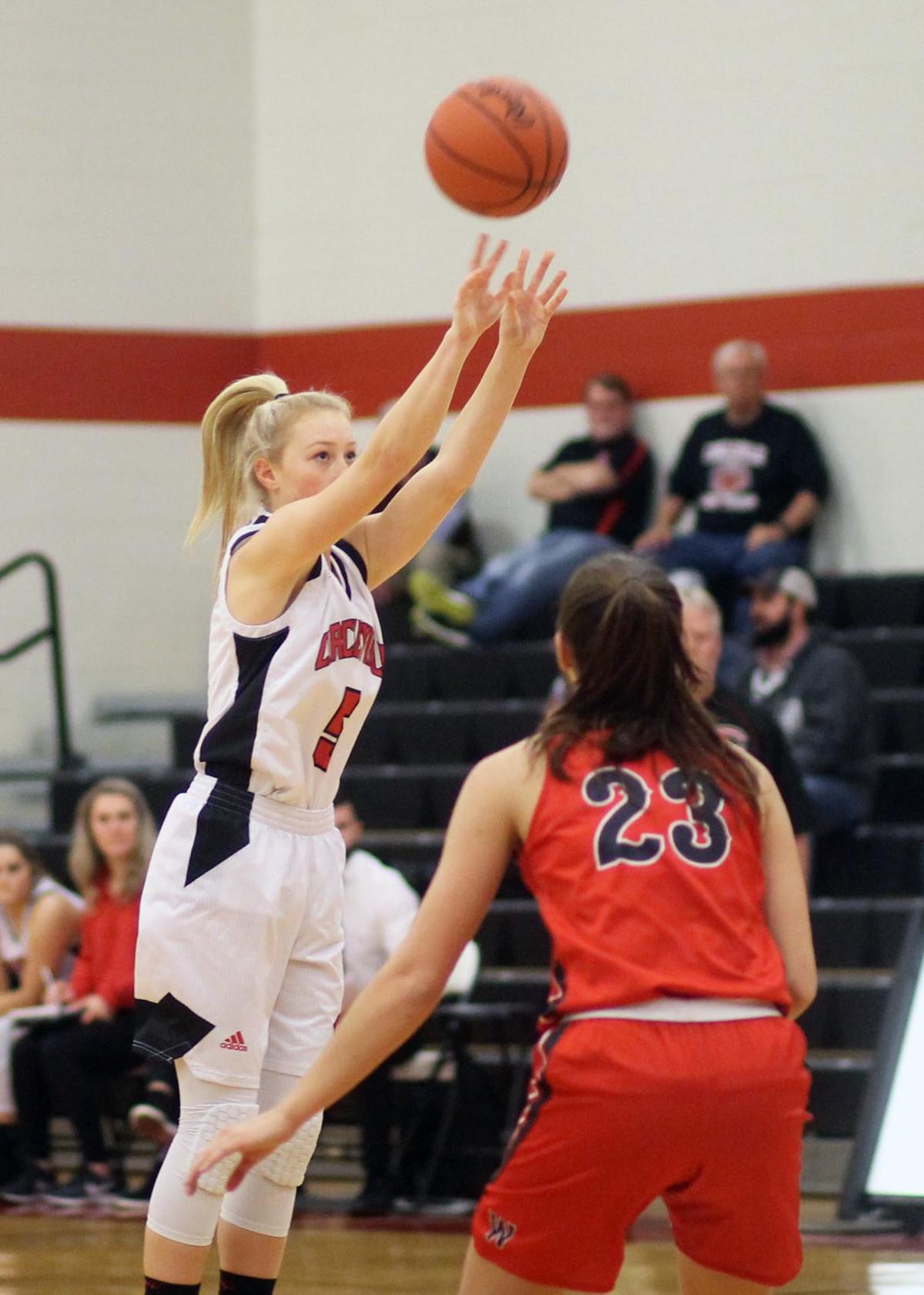 Circleville’s Tori Bircher hit six three-pointers on Tuesday night in a 64-21 win over Miami Trace, which fell three short of the program record for a single game. It was the first game for the Tigers since they were ranked as the top team in the state in the first Associated Press Division II poll of the season. 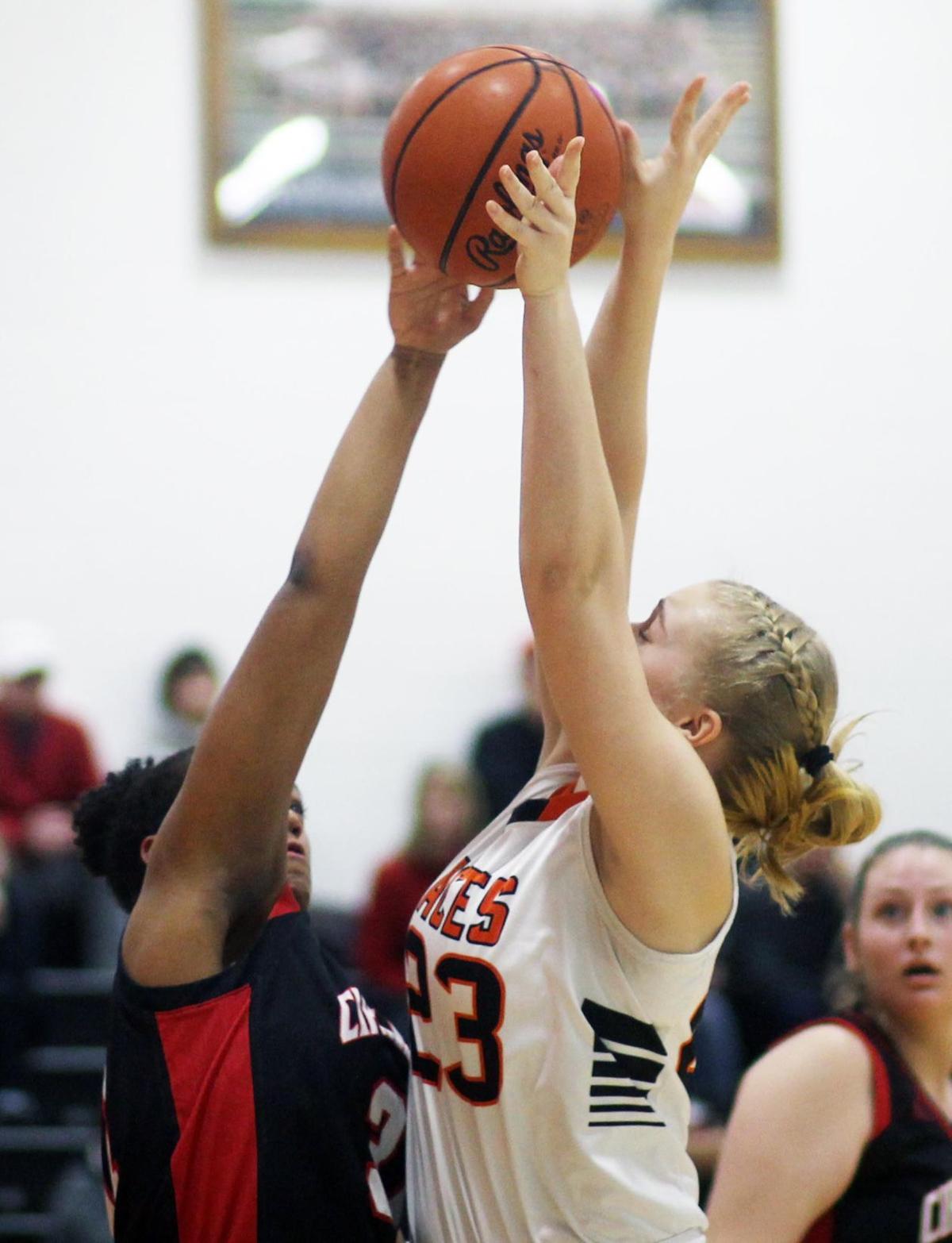 Circleville’s Tori Bircher hit six three-pointers on Tuesday night in a 64-21 win over Miami Trace, which fell three short of the program record for a single game. It was the first game for the Tigers since they were ranked as the top team in the state in the first Associated Press Division II poll of the season.

With the Circleville girls basketball team debuting as the top-ranked team in the state this week in the first Associated Press Division II poll of the season, it quickly brought questions of when the Tigers last topped an AP state poll in any sport?

Polls are nice to garner attention, but the mid-1970s Roundtown cagers went on to cement their legacy on the court with postseason success that the girls team will try to match and potentially surpass next month when they start their tournament run.

The Tigers, now 14-0 overall and 7-0 in the Mid-State League Buckeye Division, travel to Hamilton Township on Friday to open the second round of league play and then host No. 19-ranked Fairfield Union (10-2, 6-1) on Tuesday, where they can clear some breathing room atop the league with a win and thus become the clear frontrunner to claim the league title.

Our late friend and colleague, Craig Allison, wrote a number of stories to recognize Circleville athletics during the era of the previous high school building (1966-2013), including a detailed story about the Circleville boys basketball teams of the mid-1970s. Craig’s passion and knowledge of Tiger athletics were hard to match and he was always my go-to-source whenever I had a question on the school’s athletic history.

I thought you might enjoy reading a portion of Craig’s story on those Roundtown cagers as we look forward to watching the rest of this girls basketball season and follow the progress of this group of Tigers.

Although many Circleville basketball teams have enjoyed success over the years, the undisputed kings of basketball at the current high school were the teams of 1974-1975, and 1975-1976. Both teams fought their way through their regular season schedules, the ‘75 Tigers going undefeated in regular season play and the ‘76 Tigers losing only one regular season game, to make consecutive appearances in the regional tournament at Dayton, where their seasons came to a conclusion both years.

The ‘75 Tigers were voted by the Associated Press as Class AA state poll champions. The ‘76 Tigers advanced to the Elite Eight, finishing as regional-up, which was the best finish for boys basketball in school history.

Potent offensive production combined with Scrooge-like defense propelled the Tigers to success both seasons. The 74-75 Tigers averaged 72 points a game while limiting the opposition to only a 54 ppg average. The 75-76 Tigers ran their field goal shooting percentage at a 55 percent clip and held their opponents to a 52 ppg average.

Jim Bailey, who coached the 75-76 Tigers, could not be reached for an interview.

John Lawhorn was the coach of the 1974-1975 Tigers. Following the 74-75 season, he accepted a coaching position at Warren Western Reserve High School.

”Both of those teams had an overflow of talent and a wealth of determination,” Lawhorn said recently. “I had the privilege of coaching basketball for 39 years. I enjoyed all my teams for one reason or another, but I think I enjoyed that ‘75 team most of all. They were special to me more so than the others.”

”But a great defensive basketball team,” said Lawhorn, “learns how to provide help to pressure the ball. The guys I coached learned that very quickly and it paid off early and gave us momentum. Jim’s (Bailey) team did the same thing.”

”Those teams were not intimidated by anyone either,” said Lawhorn. He told the story of being in the state Fairgrounds Coliseum in the 1975 district championship game against Columbus St. Charles, who boasted, among other players, Marcus Miller, who went on to a career at The Ohio State University.

”The players were being introduced, and Willie (Harold Reed) wasn’t moving; he was just staring straight ahead, like he was lost in space,” said Lawhorn. “Dennis (Stewart, the Tigers’ reserve coach) said, ‘we’d better have someone ready to go in for him.’ The ball was tipped to us to start the game, and someone fed it to Willie. He drove down the court and straight to the rim, right over Marcus Miller, just like he wasn’t there, and he scored the bucket. And we were off to the races,” he concluded.

”They were a fun bunch to coach. They were smart and they were a close group. They have a very special place in my heart. Those young men really made their mark on Circleville basketball. Those really were two golden seasons,” said Lawhorn.