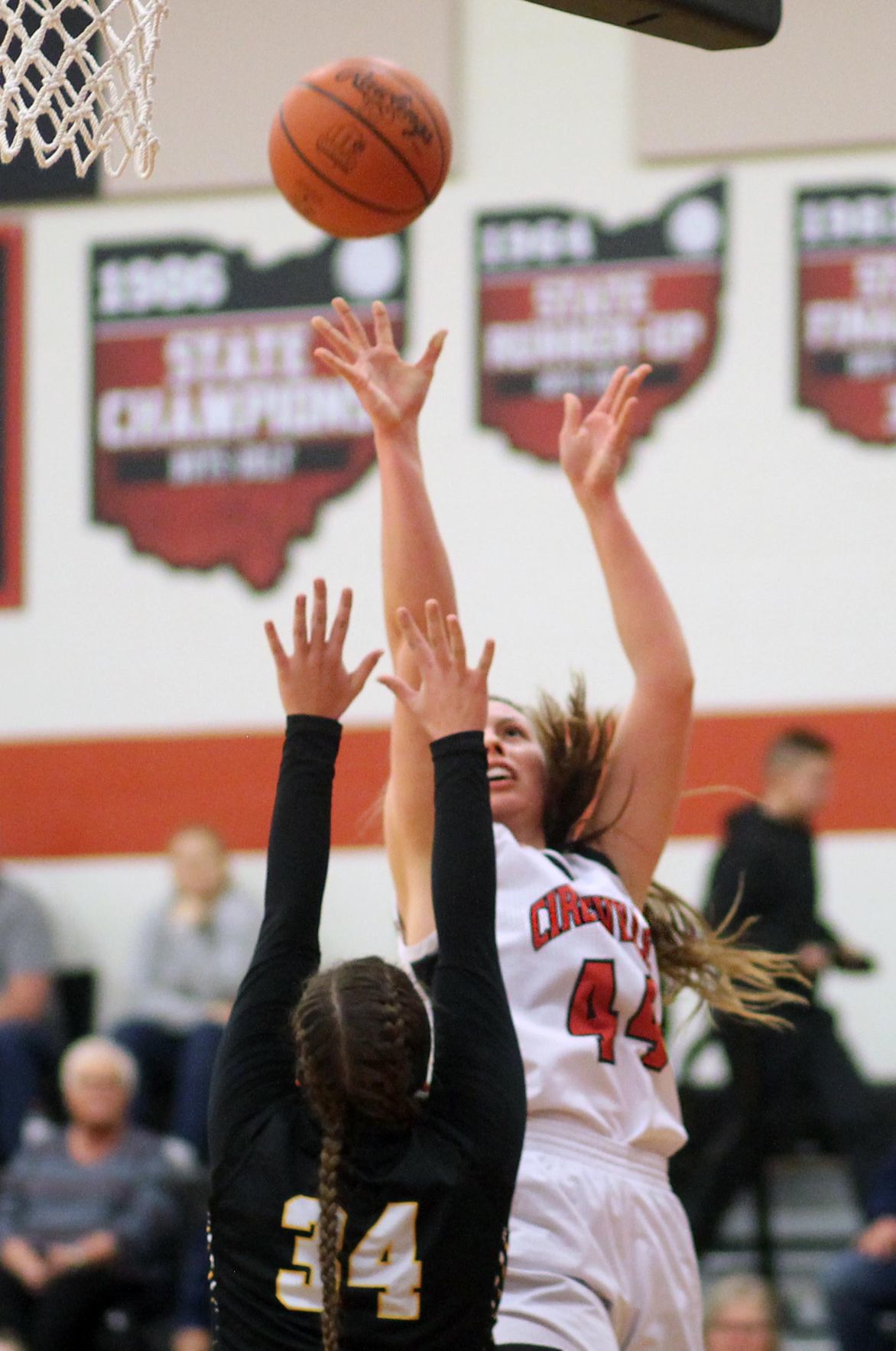 Kenzie McConnell was 5 of 5 from the field for 10 points against Miami Trace. 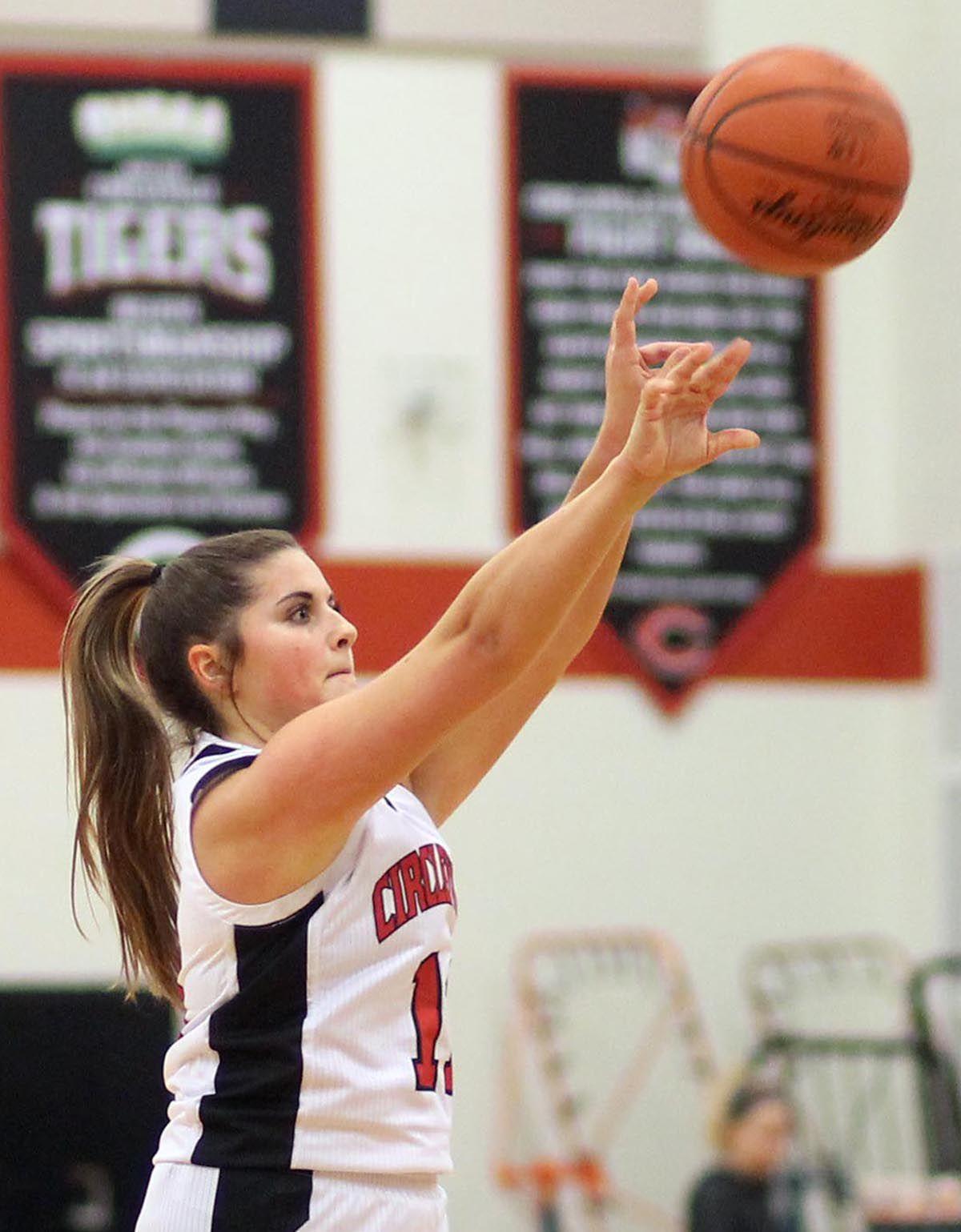 Sidney Gray drained two of Circleville’s 14 three-pointers on Tuesday in a 64-21 win over Miami Trace.

Kenzie McConnell was 5 of 5 from the field for 10 points against Miami Trace.

Sidney Gray drained two of Circleville’s 14 three-pointers on Tuesday in a 64-21 win over Miami Trace.

Tori Bircher couldn’t help but have a smile come across her face late in the second quarter.

The Circleville senior guard had just drained her fifth-straight three-pointer of the period and led a barrage of 14 triples on Tuesday in a 64-21 non-league win over visiting Miami Trace.

“I knew I was going to have a good night when I put my first shot up,” Bircher said. “It felt good coming off my shooting hand and my teammates kept feeding me the basketball.”

A day after debuting as the top team in the state in the first Associated Press Division II poll of the season, the Tigers backed that ranking up on the court as they made 25 of 46 (54.3 percent) shots, including 14 of 23 (60.9 percent) from three-point range against the 2-3 zone employed by Miami Trace.

“We did a nice job of passing the basketball against their zone and we were able to find the open shooter,” Bircher said. “We started hitting shots right off the bat and that confidence just spread through the team.”

Brie Kendrick and Jaylah Captain nailed back-to-back threes to open the game, starting a run where the Tigers scored on five of their first six and eight of 10 possessions to take a 20-0 lead.

“Circleville is tall and pretty strong in the post, so we felt our best opportunity was to play a 2-3 zone,” Miami Trace coach Ben Ackley said. “We were missing our best player — Shay McDonald — with an injury and I felt we played a little timid in the first quarter, but you have to give all the credit to Circleville.

“They’re a really, really good basketball team who has the potential to represent the Southeast District at the state tournament in Columbus.”

Miami Trace turned the ball over on its first six possessions and had seven of its 19 turnovers in the first quarter. The Panthers were held to 0 of 4 shooting and scored their lone point in the period on a free throw by Magarah Bloom.

“We felt that Miami Trace would try to slow it down, especially missing Shay, so we wanted to use our trap and pressure some to try and speed them up,” Circleville coach Steve Kalinoski said. “We rotated well defensively and were pretty solid overall.”

After knocking down four three-pointers in the first quarter, the Tigers connected on six more in the second to finish the first half 10 of 15 (66.7 percent) from behind-the-arc.

Miami Trace (7-5) scored its first field goal on a bank shot by Bloom with 2:20 remaining before halftime and went into intermission trailing 40-6.

Bircher poured in a game-high 18 points for the Tigers, Captain tallied 11, McConnell followed with 10, and Kendrick and Sidney Gray added eight apiece. Kendrick dished out six assists and Meghan Davis had four steals and three assists.

“We know we have shooters who are capable of hitting the three and they definitely did that,” Kalinoski said. “Our girls did a nice job of taking advantage of what the defense gave them and our ball movement created a number of wide open shots.”

Bloom had seven points and Libby Aleshire added six for the Panthers, who were held to 7 of 30 (23.3 percent) shooting.