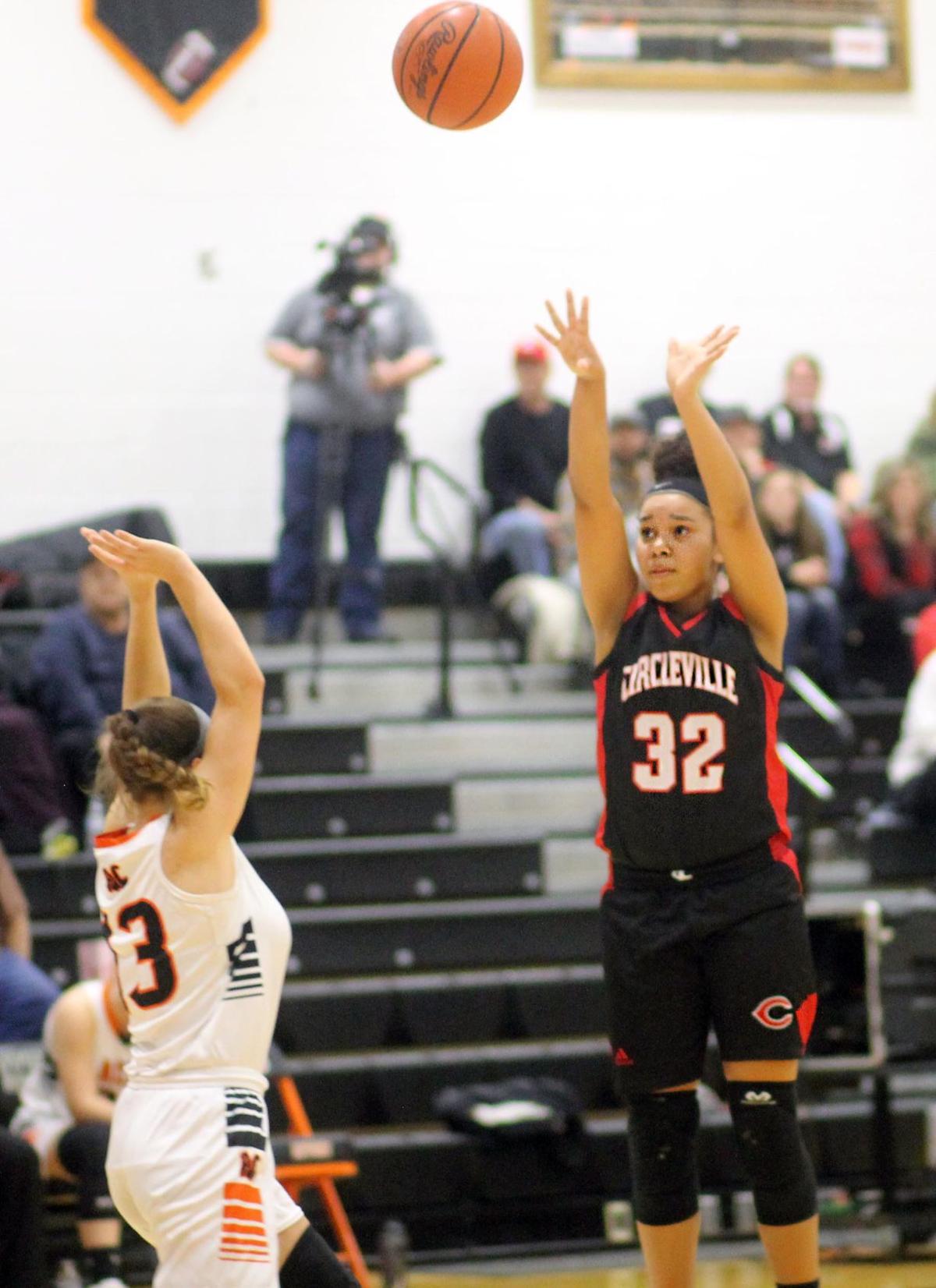 Circleville’s Jaylah Captain hits a jumper for two of her seven points on Saturday against Amanda-Clearcreek. 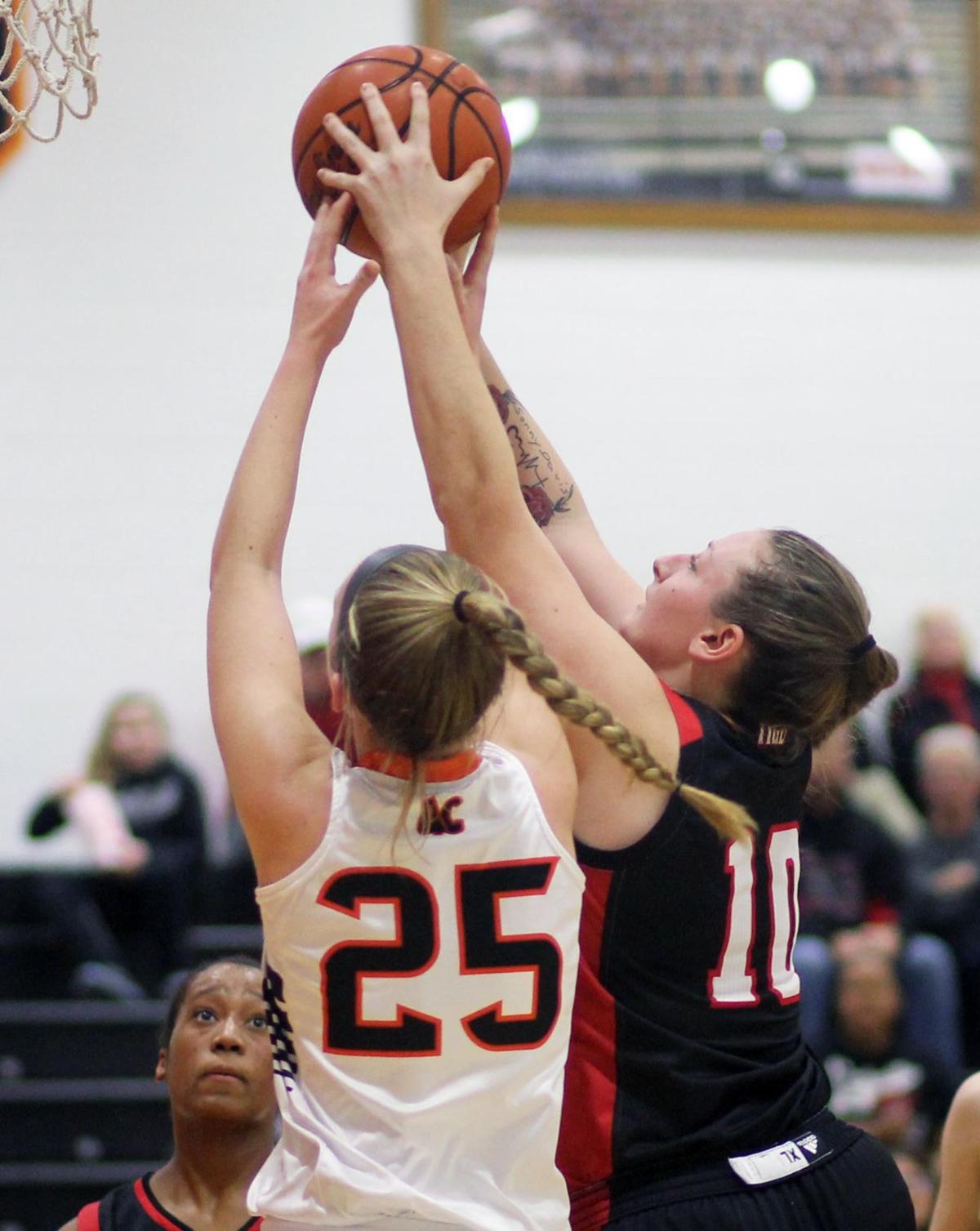 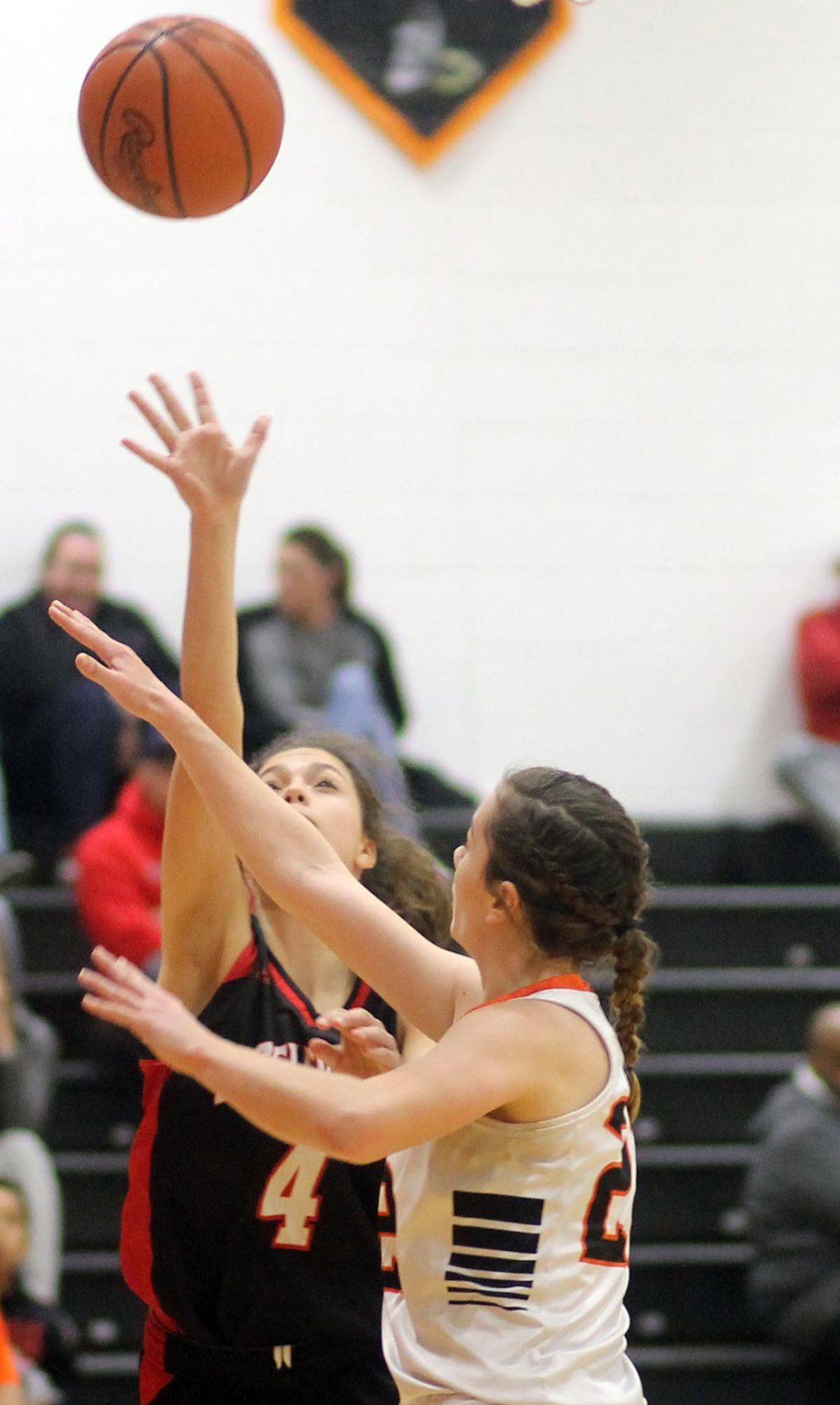 Circleville’s Jaylah Captain hits a jumper for two of her seven points on Saturday against Amanda-Clearcreek.

AMANDA — When Circleville and Amanda-Clearcreek have met on the hardwood over the last four years for a girls basketball game, the category of style points is often marked as not-applicable.

Circleville held host Amanda-Clearcreek on Saturday to just one first-half field goal and five for the game to grind out a 33-17 Mid-State League Buckeye Division win.

“We know every time we play Amanda that it’s going to be a grind, and this was no exception,” Circleville coach Steve Kalinoski said. “We know Amanda is a well-coached team that is always going to be pretty good defensively and make things tough.”

Kalinoski complimented his team on holding the combination of Kate Connell and Kilynn Guiler to 13 points. Connell had nine of those markers and also pulled down four rebounds.

“I felt our girls did a solid job defensively against Amanda’s top two players — Kate Connell and Kilynn Guiler,” he said. “We had Jaylah Captain and Peyton Perini guard Guiler hard and she only got loose once or twice during the whole game. We know she can knock down the three, especially when she’s hot.

“We played sound defense and we didn’t switch, because we didn’t want to get into a bad defensive matchup against Connell. She’s having a pretty good season for Amanda, but I felt we limited her touches especially around the block.”

Circleville scored the first 11 points of the night, highlighted by a three-pointer and two free throws from Captain and a pair of baskets courtesy of Brie Kendrick.

Amanda-Clearcreek had nine of its 15 turnovers in the first quarter, only attempted two shots and was held to just a pair of free throws from Stephanie Bowers with 39.2 seconds left in the period.

“Circleville’s a good defensive team and we were worried about its pressure and the way they guard, especially to start the game,” Amanda-Clearcreek coach Cary James said. “We obviously really struggled with that during the first quarter, but I felt once our girls adjusted to the level of competition that we settled in and started to compete.

“We did a fairly decent job of handling the basketball over the final three quarters, which allowed us to run some longer sets and try to control the pace.”

The Aces scored their only field goal of the first half on a cut to the basket by Connell with 3:50 remaining and went into halftime trailing 17-6.

Circleville opened the second half by scoring 12 of the first 16 points, highlighted by three baskets from McConnell and two via Meghan Davis.

The Tigers were held to a season-low 33 points as they entered the game averaging 59.3 points.

“Our goal was to hold Circleville in the 40s, because they can really score the basketball well with its post and then they’ve also improved quite a bit on the wings,” James said. “Defensively, we did a nice job of clogging the middle and executing our game plan.

“Circleville’s just a difficult matchup for us with its size and, again, its ability to guard. They’re a well-coached team.”

Circleville was 15 of 45 (33.3 percent) from the field compared to Amanda-Clearcreek shooting 5 of 27 (18.5 percent). The Tigers owned a 29-14 advantage on the glass. Emma Butterbaugh paced the Aces with six rebounds.

“We didn’t shoot the basketball like we normally do, but give Amanda credit for that,” Kalinoski said. “We struggled both inside and outside the arc, but we know we have shooters who are capable of knocking down shots.”