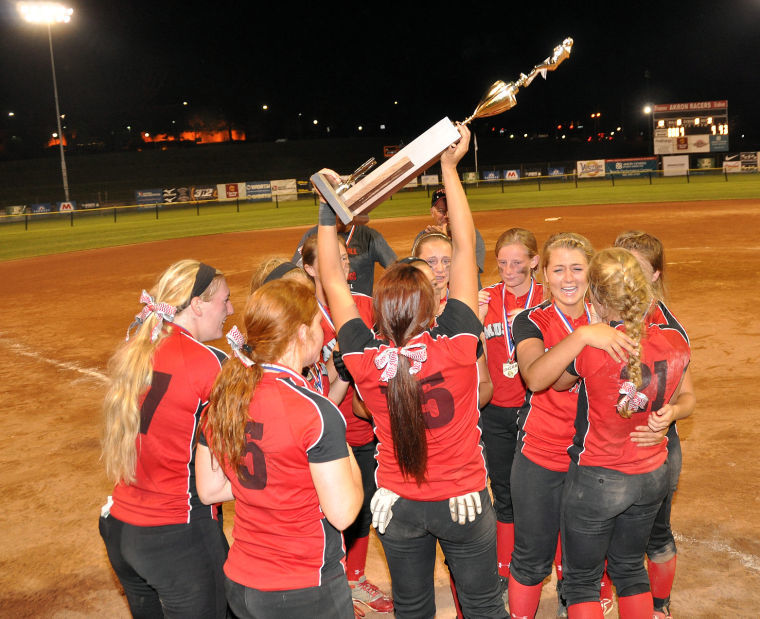 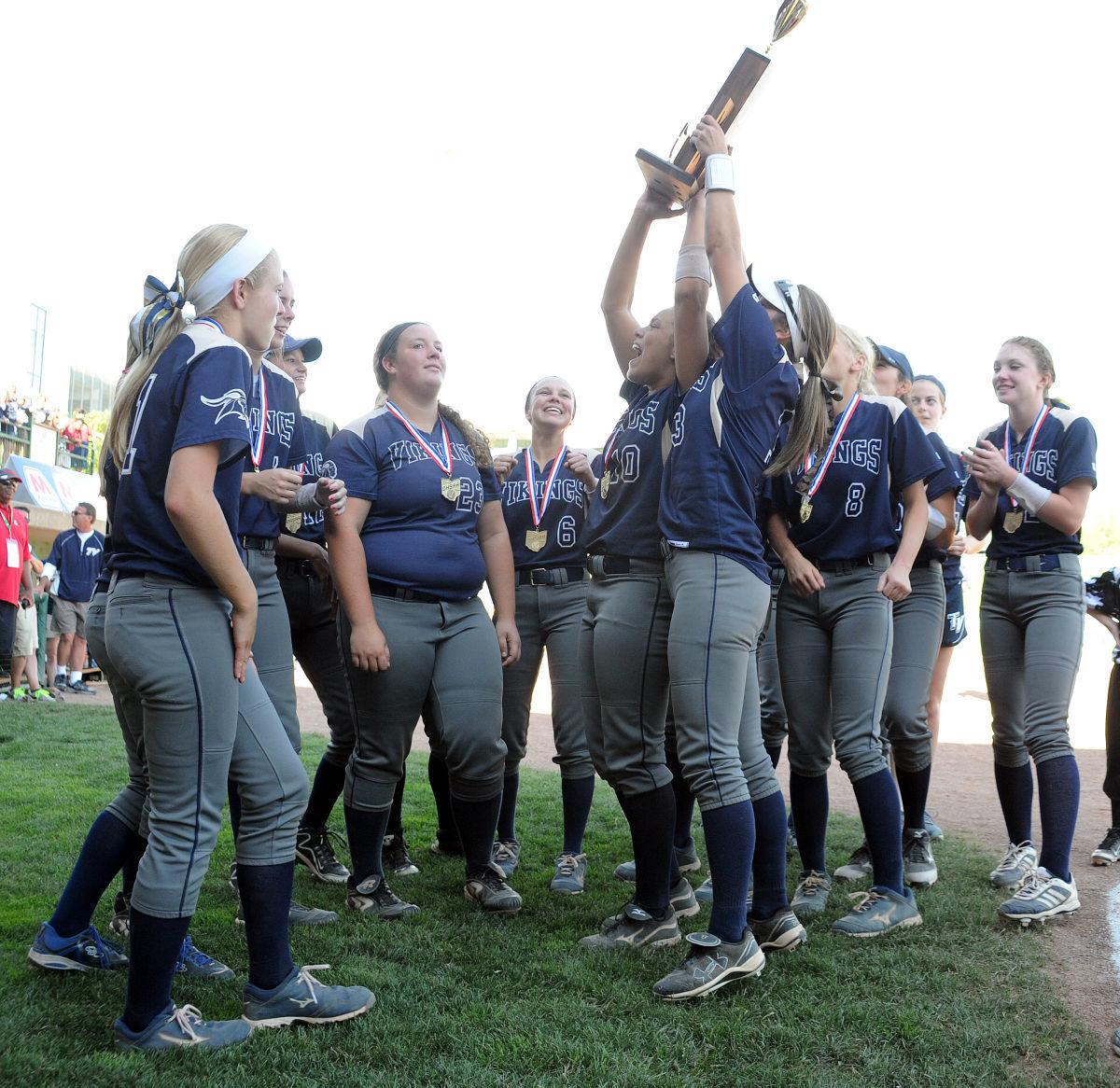 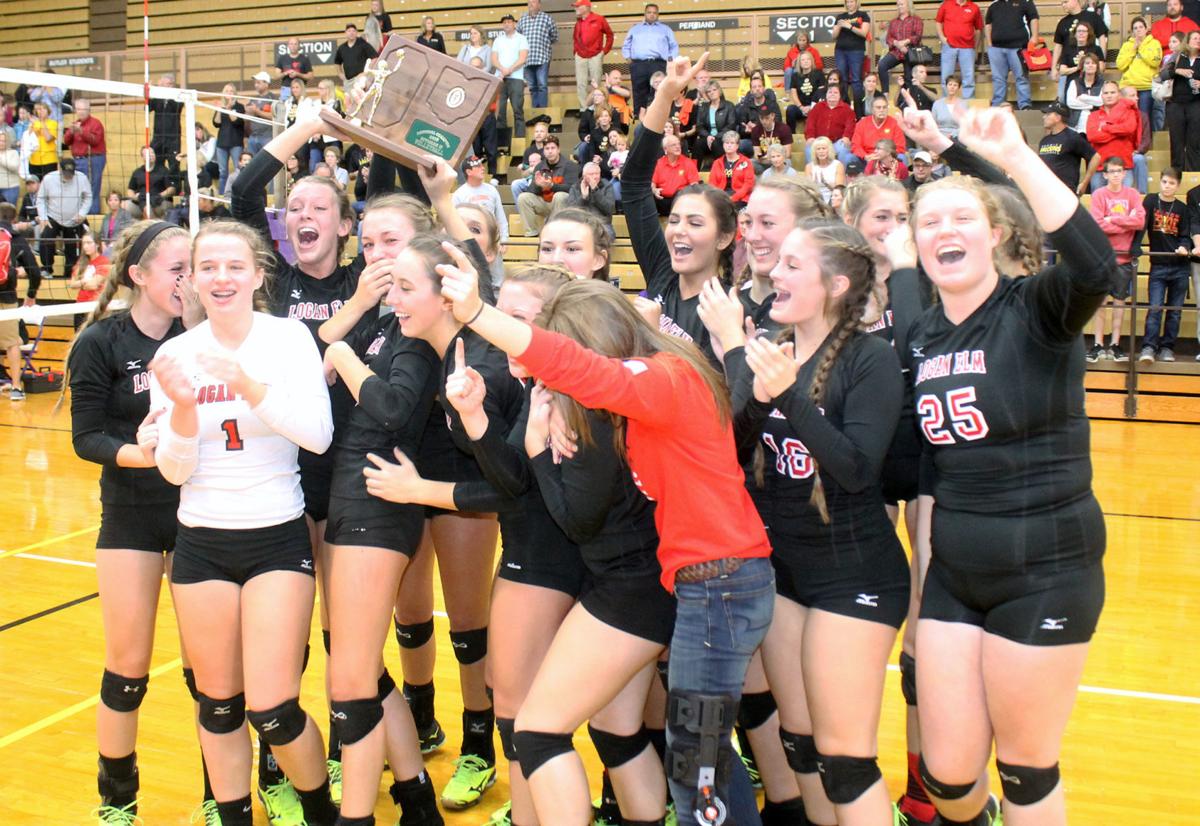 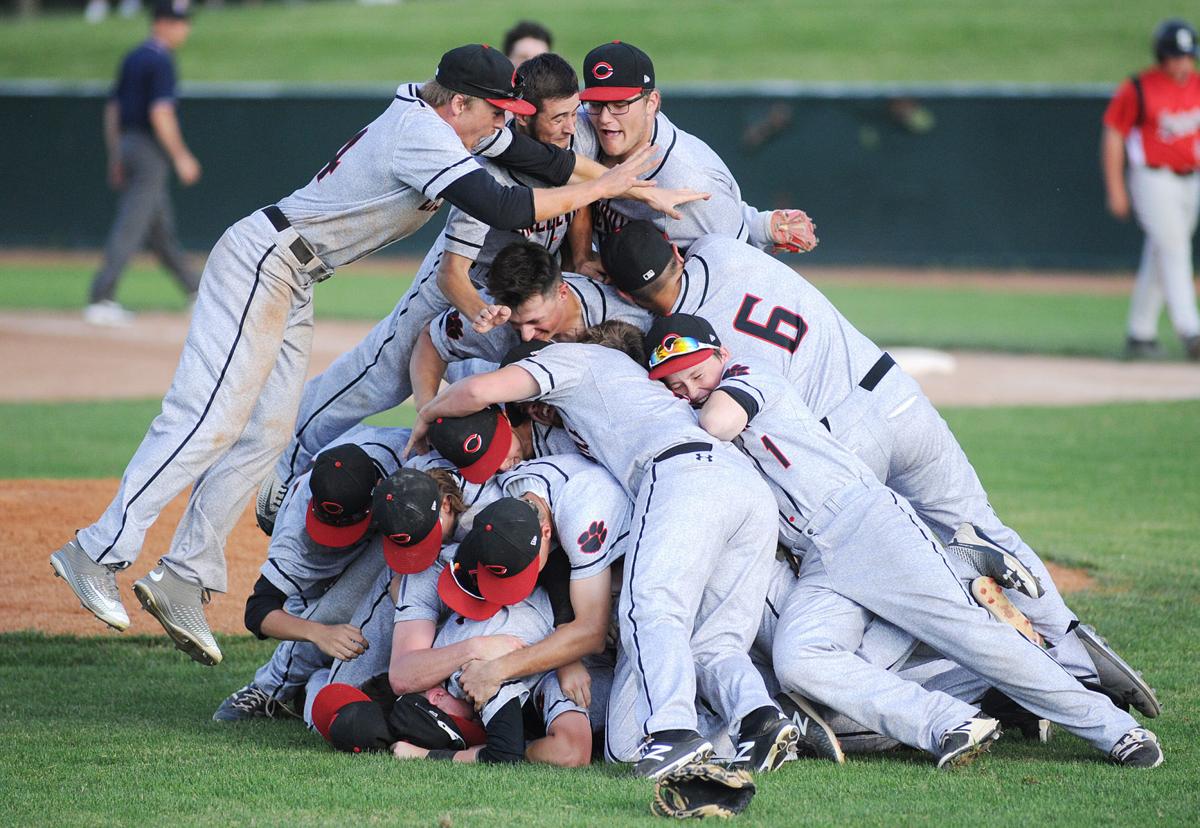 The Circleville baseball team celebrates a 9-4 regional championship win in 2018 over Steubenville at Ohio University.

The Circleville baseball team celebrates a 9-4 regional championship win in 2018 over Steubenville at Ohio University.

And our coverage area has been blessed by a number of them over the last decade that have been great stories to share with you.

Pickaway County is rightfully known as a softball county.

Since 2006, county schools have made six trips to the state tournament, with each county school making at least in one appearance in the Final Four. Even when our teams aren’t reaching the pinnacle of state softball, they are frequently winning league and district championships.

One of my top team memories are three consecutive trips to the state tournament in Akron for Pickaway County, starting with back-to-back state championships by Westfall (2014) and Teays Valley (2015), followed by a state runner-up finish by Teays Valley in 2016.

And here’s a fact that still boggles my mind — the state championship teams from Westfall and Teays Valley each needed a grand total of one hit to forever earn a spot in the history of Pickaway County sports.

Westfall coach Fred Redman has always preached a team which is strong in pitching and defense has an opportunity to win a lot of games, and the 2014 Mustangs certainly fit the bill.

The Mustangs were strong up the middle, with Regan Stonerock behind the plate, Kayla Tackett and Denise Arledge at short and second and Lauren Smith patrolling center field. With solid corners of Kelsie Robinson and Cass Williams, the Mustangs could pick it with the best of them.

I have a long list of coaches I’ve enjoyed working with over the course of my tenure at the Herald, but Redman would be at the top of the list. He’s a great guy to talk to about softball or a litany of other topics under the sun. Another thing I admire about Redman is his willingness to gamble.

The Mustangs had the bases loaded in a regional final against heavily favored Wheelersburg and the Westfall skipper called for Kelly Fuchs to put down a squeeze that resulted in a pair of errors and three of four unearned runs scoring in a 4-3 win over the Pirates.

After defeating North Union in a state semifinal, the Mustangs had the tall task of facing future Washington All-American pitcher Taran Alvelo and the Bloom-Carroll Bulldogs in the state final.

Aided by that aforementioned strong defense behind her, Gina Rosshirt turned in one of the greatest sporting performances in county history, matching Alvelo pitch for pitch for 14 innings.

Alvelo, who can reach into the low-70s, set a state record by striking out 24 Mustangs, but the small-ball approach of Redman forced Bloom-Carroll into seven errors.

The seventh error allowed Fuchs to reach base and then Westfall manufactured the lone run of the game on a sac bunt by Williams and a single up-the-middle by Robinson to allow the Mustangs to secure the first state title in school history and the first one for the county since the 1986 Circleville boys golf team.

Kurt Russell, who played famed hockey coach Herb Brooks, in the movie Miracle, re-delivered Brooks’ pregame speech prior to the Miracle on Ice win in 1980 over the Soviet Union, where he said, “if we played them 10 times they might win nine. But not this game, not tonight.”

That also applies to the Mustangs, who earned the opportunity to play in the state final and went above and beyond themselves and put together a truly magical night to defeat the heavily-favored Bulldogs.

Now we turn the page to 2015 and the Vikings. I remember standing in right field during a chilly late April game with Teays Valley standing at just 8-8 on the season, talking with some parents about how the team just couldn’t seem to pull it together. I basically wrote them off, with the tournament just two weeks away from starting.

There is a reason why I’m your sports editor and not in charge of the sportsbook at Caesar’s Palace.

The Vikings wheeled off 16 wins in their next 17 games and won the state championship after starting the tournament seeded 21st out of 46 teams in the Division I Central District tournament.

There are a number of memories from that tournament run — Hannah Giammarino’s walk-off push bunt against New Albany in the regional semifinal and her great defensive play coming to her left deep across the infield to rob a potential RBI hit in the state final versus Lebanon.

Then there was Hayden Ellis. After Gahanna rallied for five runs in the bottom of the seventh to force extra innings of the regional final, there was some visible shock from the Vikings coming back to the dugout.

Ellis reassured her team in a huddle that everything was going to be fine and then went and backed up her words by smacking a home run over the left field wall to help send the Vikings to the state tournament.

Then we come to Alyssa Rothwell, who threw a one-hitter in an eight-inning state final against Lebanon and smacked a walk-off home run over the center field fence in a shot that was heard back in Ashville.

Coaches will often talk about everyone contributing on a team, but there are times where we in the sports writing business refer to that as “coach speech”. This was a case where everyone on the Teays Valley softball roster truly contributed at some point during that run to make it possible for the Vikings to win the first state title in school history.

The Vikings played with a bullseye on their back in 2016 as reigning state champions and returned to Akron.

The Vikings edged Amherst Steele 1-0 in a nine-inning state semifinal before falling to Walsh Jesuit in the state final.

Rothwell pitched through a stress fracture in the state tournament, showing her competitive nature and determination to help her team.

After falling in a district final in 2017, the Vikings were back at it in 2018. Despite losing third baseman Meredith Keel to a season-ending injury, Teays Valley returned to the state tournament for the third time in four seasons.

Loughman was automatic at the plate, hitting .667 following Keel’s injury. The Vikings also flexed their power in a 9-5 win over Olentangy in the regional final with key back-to-back homers from Hailey Struckman and Cassie Feyh to take the lead for good.

Sarah Klein was solid in the circle for the Vikings during the run, with a solid defense behind her.

Some other memorable state semifinalists over the last decade:

• Even if I do this for another 30 years, Kris Kern will still go down as one of the most interesting coaches I’ve ever worked with.

Kern was the best promoter of his team and one of the best motivators of student-athletes that I’ve ever seen and he transformed Logan Elm volleyball from a middle-of-the-pack team in the MSL-Buckeye to a state semifinalist in the space of eight months during 2016.

Logan Elm had solid hitters at the net — Macie and Maggie Rhoads, Maria Boldoser and Baylee Hartman — but unless you can dig and transition seemlessly into your offense, it doesn’t matter.

The growth Logan Elm had on the back row, led by libero Braya Elsea with Molly Caudill and Jill Congrove was amazing to watch. Combine that with an All-Ohio setter like Tabi Pontious, and the Braves had something special.

I remember walking out of the gym at Vandalia Butler after Logan Elm defeated Cincinnati Wyoming in the regional semifinal and several players from Wyoming commented on how fast Logan Elm was from the dig, to the set and finally the attack.

Logan Elm finished the season as a state semifinalist, falling to Bishop Hartley in the Division II state tournament as the lone public school in the Final Four.

In my first conversation with Kern after he took the job at Logan Elm, he asked me where did I think they would finish in the league that season? I said third or fourth.

Kern always reminded me of that, including at the press conference following the state semifinal.

I really enjoyed working with Kern and wish he stayed at Logan Elm longer than one year, but he had an opportunity to jump into collegiate coaching at West Virginia State, an NCAA Division II institution.

• No team from Pickaway County had ever qualified for the state baseball tournament until Circleville made history in 2018.

The Tigers started the season by losing eight of their first 12 games and were obviously pressing.

During a day off, instead of practicing, coach Brian Bigam decided have his team play a game of wiffle ball to relieve some of that stress.

It worked, as the Tigers wheeled off 15 wins in their next 17 games and defeated defending regional champion Steubenville 9-4 in a regional final to qualify for state.

Jake Mancini was a bulldog on the mound during the run for the Tigers and also had a key two-run single in the regional semifinal against Unioto.

Garret Gray had a pair of RBI doubles in the win over Steubenville and then who can forget the running catch Mason Downs made in the right center field gap with the bases loaded to end a Steubenville threat?

• This story started with softball, so that sounds like a good spot to finish. Logan Elm made its first and only appearance in the state tournament back in 2012.

Like their peers from Teays Valley and Westfall, the Braves were solid up the middle with Jackie Huff behind the plate, Taylor Saxton and Mandy Grambo at short and second, respectively, and Nikki Young running down fly balls in center field.

Morgan Conrad was in the circle for the Braves, who advanced through regional play with wins of 7-3 over DeSales and 4-2 against River View.