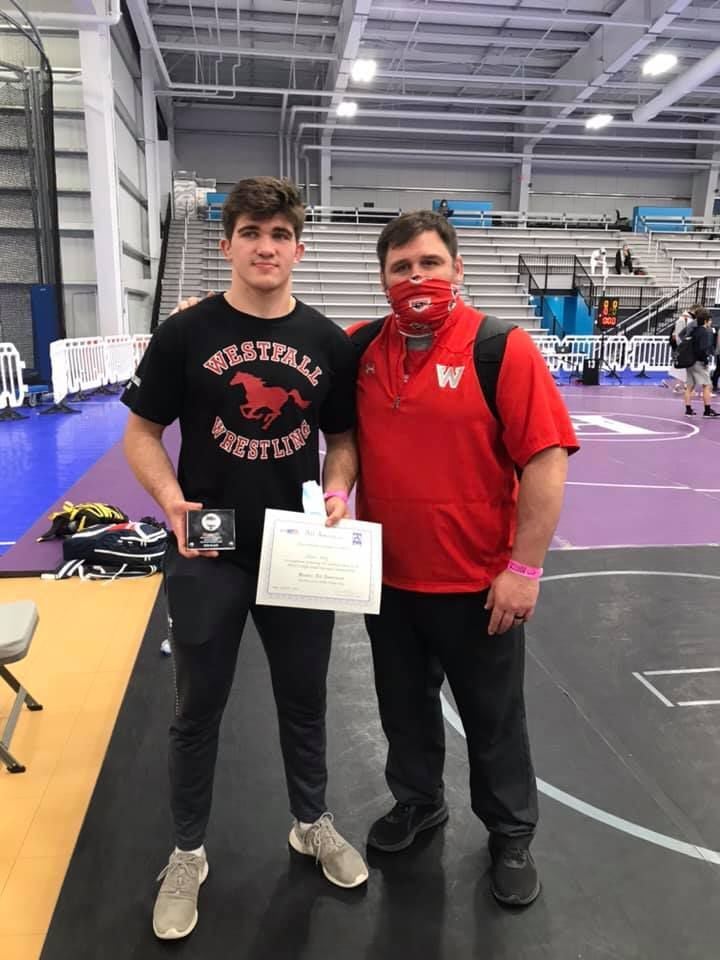 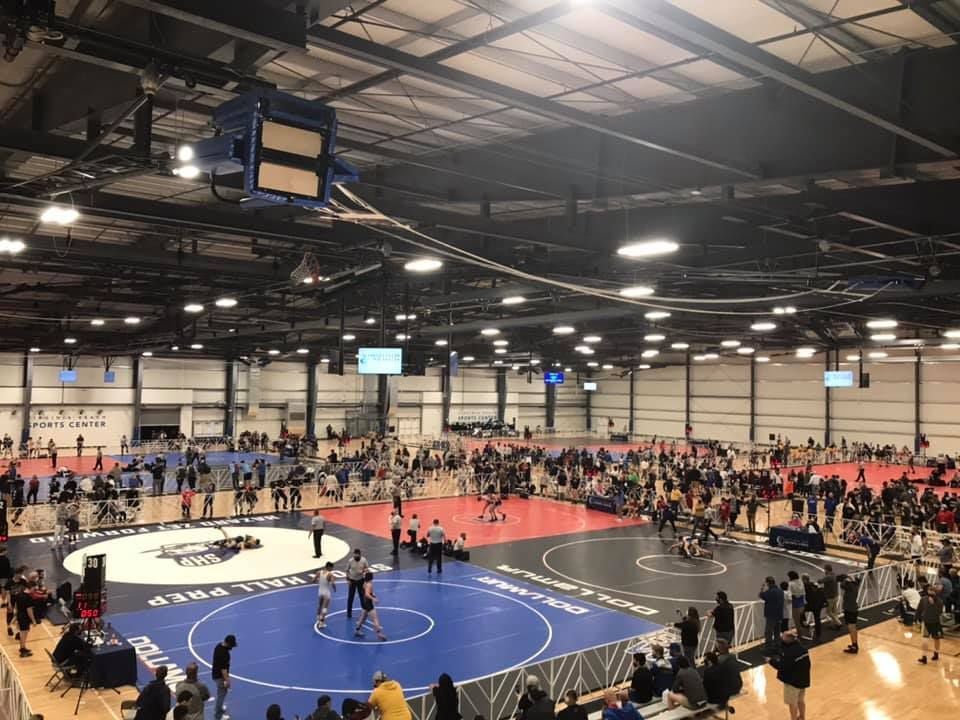 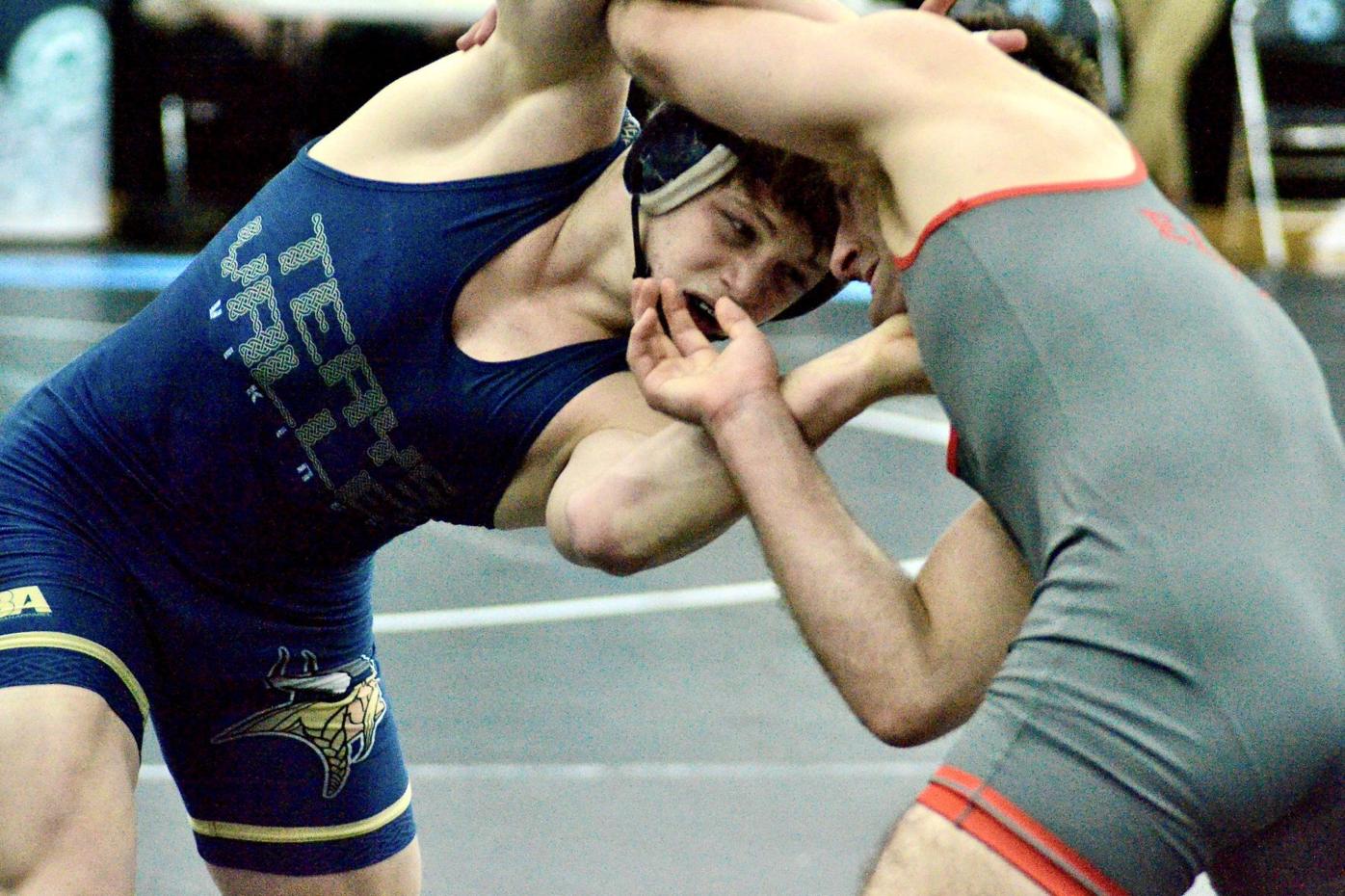 VIRGINIA BEACH — Two grapplers from Pickaway County ventured down to the State of Virginia this past weekend for the 2021 National High School Coaches Association High School National tournament with one placing in the senior category and the other being crowned champion in the sophomore category.

Westfall’s senior 195-pounder and 2021 OHSAA state runner-up Starr Kelly wrestled his last moments as a Mustang this past weekend. Along with the senior, several senior wrestlers from around the country convened on the sunny shores of Virginia Beach with thousands of participants competing on 45 mats.

Last Friday, Kelly, of Mount Sterling, earned a spot in the quarter finals after defeating senior Wyatt Sage of Rural Retreat, Virginia by a 7-4 decision. Sage was crowned the Virginia state champion at 195 pounds this past year.

After his first match in the round of 16, Kelly went on to face Logan Stafford from Washington State. Kelly suffered a technical fall in the third period against the fellow 195-pounder from the west coast, beating the Mustangs 19-2.

Wrestling back for a chance at third place, Kelly faced Gavin Howes of Pueblo, Colorado, in the consolation round of eight. Wrestling till the final whistle blew, Kelly went on to defeat Howes by a 5-2 decision.

Further, Kelly suffered another loss this time to the hands of Dan Stradley, hailing from the state of Delaware, by an 8-2 decision.

Kelly faced another Delaware grappler in the match to see who would take seventh place in the tournament. Fighting till the end, the Mustang ended the tournament at eighth place after losing by an 8-5 decision to Nasir Dreuitt of Delaware.

For the Westfall senior, the weekend marked the end of an All-American career for Kelly. The Mustang ends his time on the mat being a two-time state qualifier, a 195-pound state runner-up and a senior All-American nod.

“He did a heck of a job,” Westfall head wrestling coach William Breyer told The Circleville Herald. “Everyone there is a state champ… he really did a great job.”

Separately and competing in the sophomore bracket, Teays Valley’s 182-pounder Camden McDanel also competed in the tournament and was crowned champion in the 182-pound weight class.

For his first two matches, the OHSAA state runner-up went right to business, pinning his first two opponents. First, McDanel pinned Aiden Chilson of Leesburg, Georgia in the second period and pinned Ronin Amsler, of Alabama, prior to advancing into the quarter finals.

Going a full three periods, the Viking picked up another win against Mark Ayala of Santa Fe Springs, Cal., by a 7-0 decision.

In the semi-finals, McDanel edged out Richmond, Virginia wrestler Kinsley Menifee by a 7-6 decision.

For his final match of the weekend, McDanel faced Max Agresti of Hockessin, Del., winning by a 9-2 decision, crowning the Viking as a national champion out of the sophomores in attendance.

“He had a great weekend,” Vikings’ head coach Todd Nace said. “We are really proud of him.”