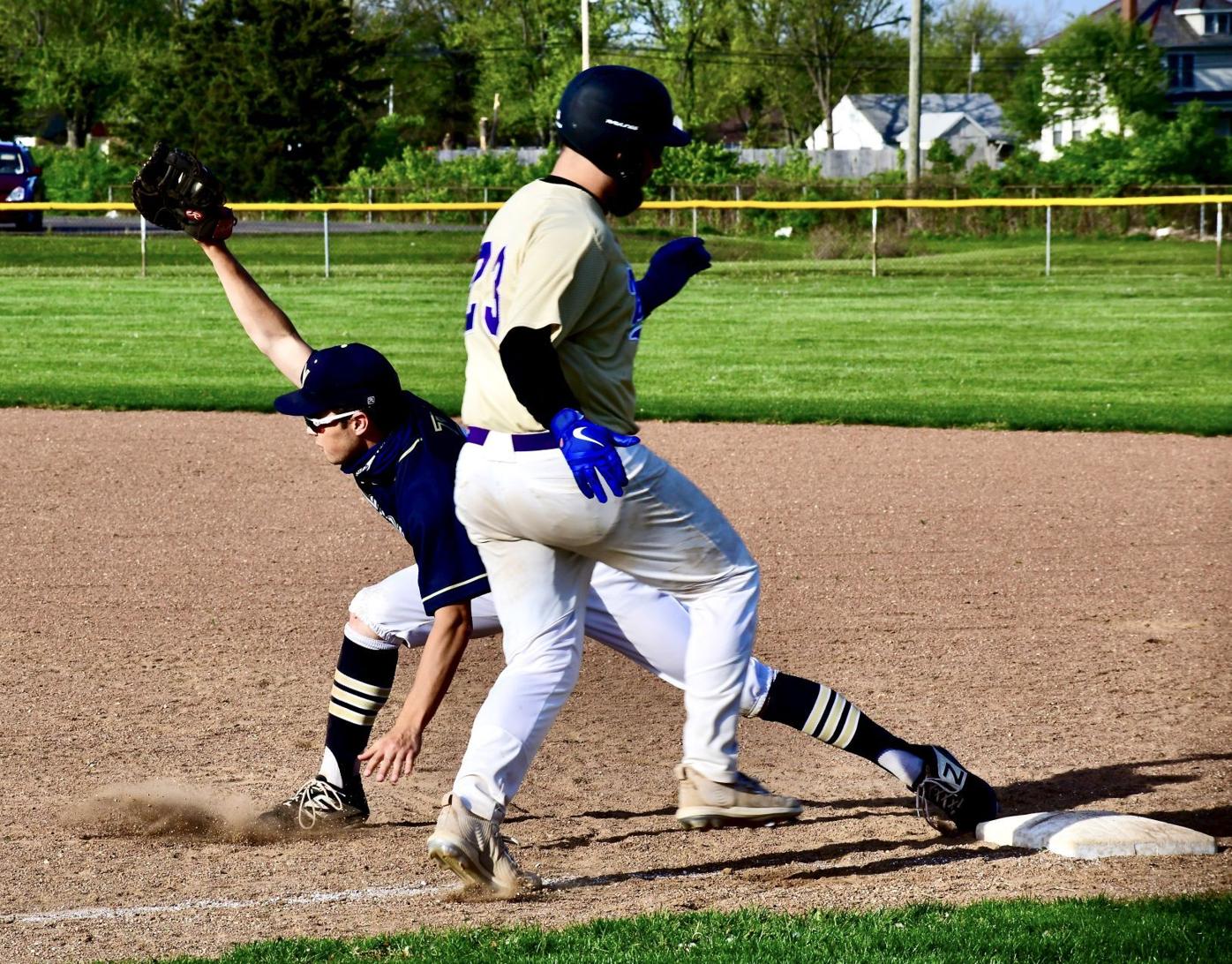 Teays Valley No. 8 Grant Sherman reaches for an incoming pass while he stays attached to first base, getting the opposing Bruin out just in time. 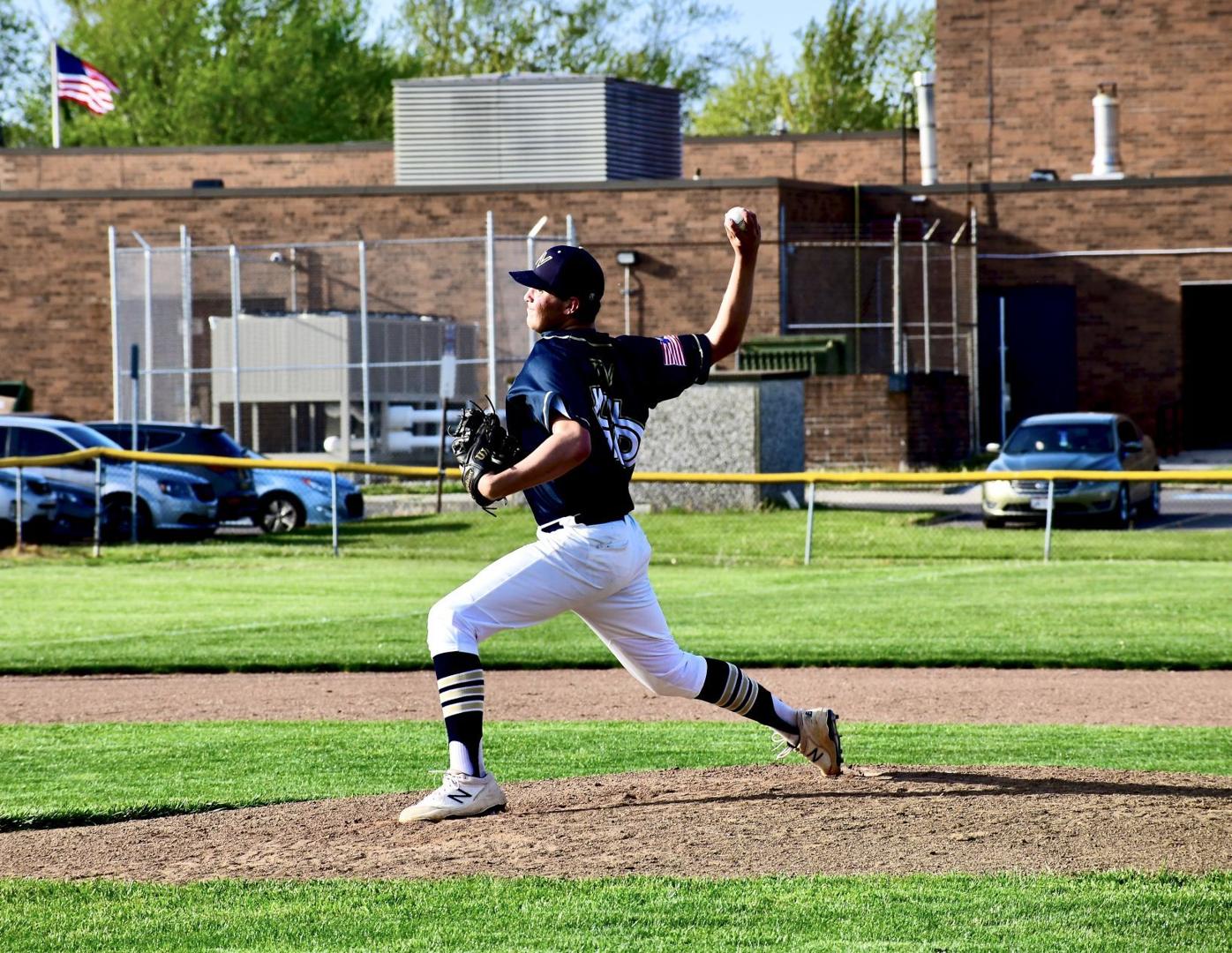 Teays Valley No. 8 Grant Sherman reaches for an incoming pass while he stays attached to first base, getting the opposing Bruin out just in time.

COLUMBUS — In a non-league contest, the Teays Valley Vikings defeated the Briggs High School Bruins on their home field Tuesday evening after racking up 15 hits with the final score 13-2.

Teays Valley started off hot in the top of the first inning, tallying up four runs. Briggs’ time at home plate would be short lived as the Bruins scored no runs until the bottom of the fourth inning.

Until the fourth inning, the Vikings scored another six runs thanks to several key hits but its hitters. No. 8 Grant Sherman was one of the team’s key hitters Tuesday, recording three hits on the day.

At the top of the second inning, several players would be ushered into home by Mark Colburn after a hit to center field went unchecked with the head coach windmilling his hands communicating to his players to run to home plate with haste. The Vikings scored a total of five runs in the top of the inning.

In the top of the third inning, Teays Valley would only score one run along with another single run scored in the top of the fourth inning. The Bruins’ got their first points of the game in the bottom of the four with a pair of runs — game now at 11-2.

After both teams went scoreless in the fifth inning, Teays Valley scored another two runs at the top of the sixth inning — claiming victory after six innings played.

Of the 13 runs scored by the Vikings, the team recorded a total of 15 hits at home plate with the team also committing one error on defense. For the Bruins, their two runs scored came from four hits and the team committed two errors.

Teays Valley’s No. 46 Matthew Farmer won on the mound for the visiting Vikings, pitching for the entire six innings and allowed four two runs on four hits with 16 first pitch strikes and eight strikeouts.

Next, the Vikings are scheduled to take on the Bulldogs of Bloom Carroll at 5:15 p.m. Friday at home.