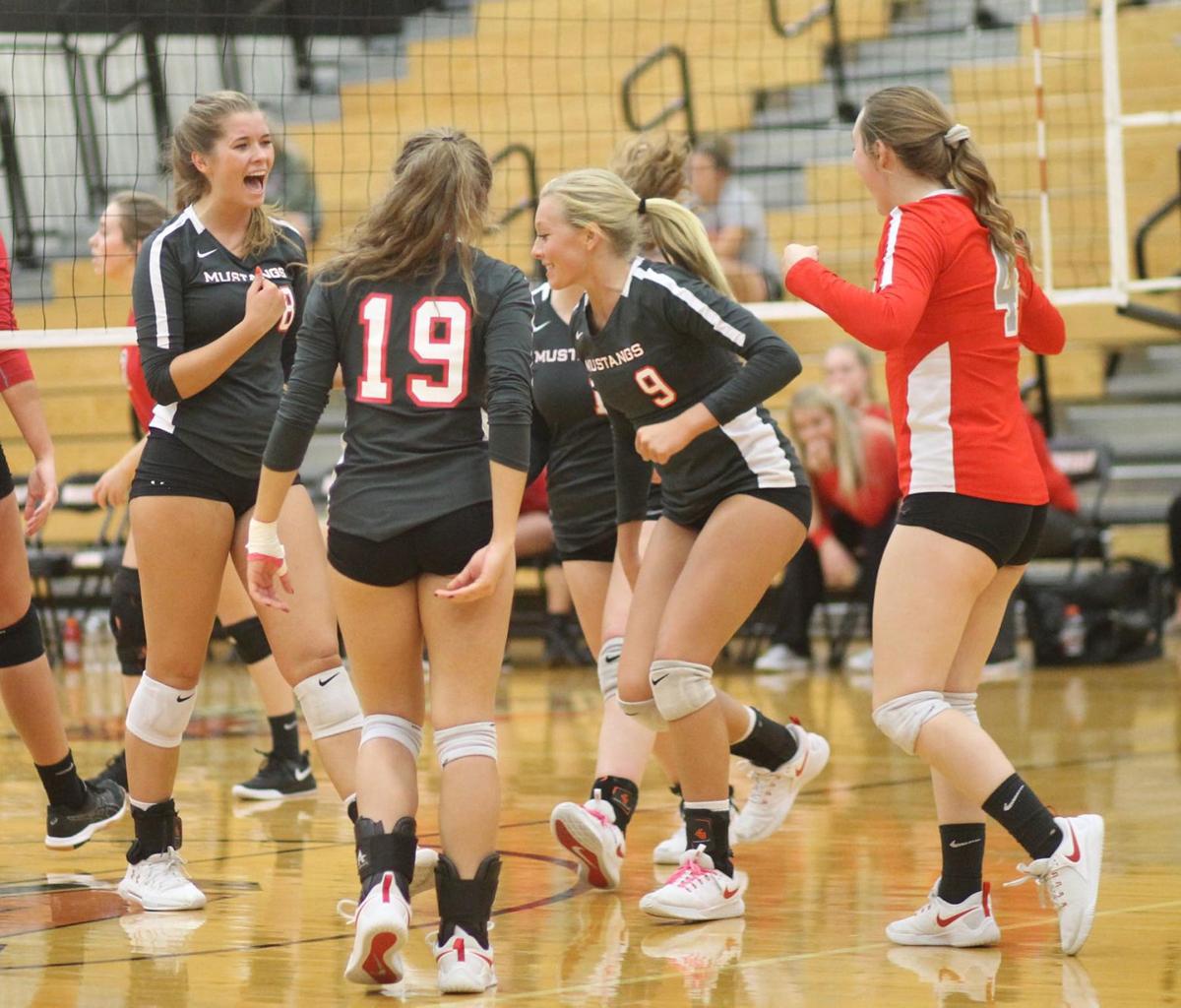 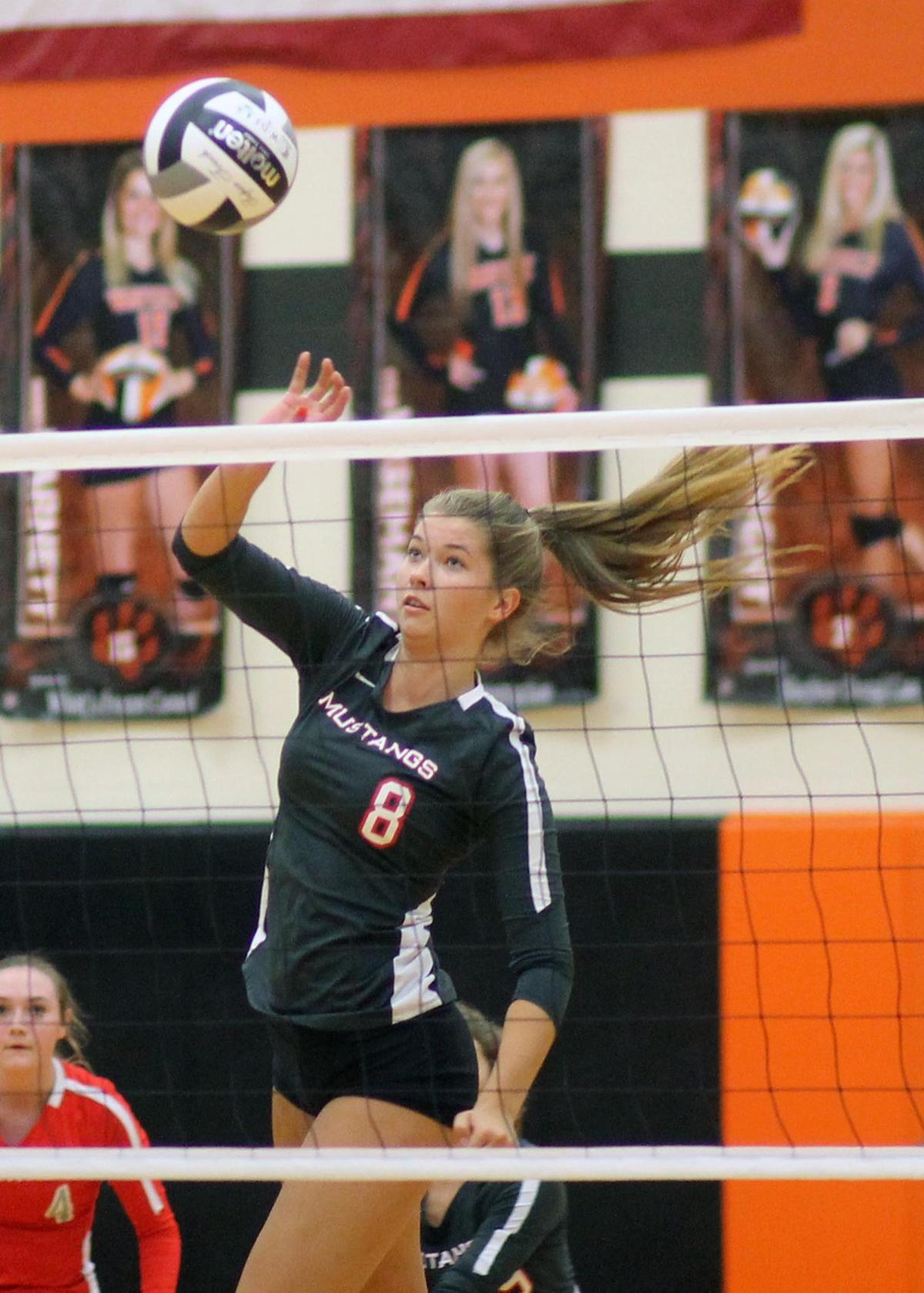 Westfall’s Kristin Phillips recently committed to the University of Tennessee at Martin, an NCAA Division I institution.

Westfall’s Kristin Phillips recently committed to the University of Tennessee at Martin, an NCAA Division I institution.

WILLIAMSPORT — Since Kristin Phillips started playing volleyball in the third-grade, she has dreamed about earning the opportunity to play Division I college volleyball.

And once her sister Hannah signed with the University of Tennessee at Martin in 2016, Kristin knew where she wanted to make that dream become reality.

The Westfall junior recently took a major step in making that dream come true when she committed to follow in her sister’s footsteps and become a Skyhawk.

“Being able to follow in Hannah’s footsteps and play at UT-Martin has been something I’ve dreamed about for awhile,” Kristin said. “I’ve worked really hard in club volleyball and going to camps to get my name out there and show what I have to offer.

“I love the small town vibe of UT-Martin coming from a rural school. I love the feel of the campus, it’s beautiful, and that volleyball has its own gymnasium.”

Kristin comes from a volleyball family that has imposed its will on the Scioto Valley Conference and helped Westfall continue its tradition as a Southeast District power. Alex introduced the conference to the Phillips name before graduating in 2012 and going on to play collegiately at Rio Grande, and Hannah continued the tradition and graduated from Westfall in 2016.

“I’ve always been a gym rat, either being in the gym playing or watching one of my sisters playing,” Kristin said. “I love how competitive my sisters are and I took some things from the way each of them played.

“I really loved the energy that Alex brought to the court and how good of a blocker she was at the net. With Hannah, she’s really good at seeing the floor and finding the open spots to hit to. She’s one of the smartest players that I’ve watched play volleyball.”

Hannah talked about Kristin following her footsteps to UT-Martin, which competes in the Ohio Valley Conference, and what stands out about the way her younger sister plays the game.

“Kristin’s going to be an incredible asset to the team,” she said. “What stands out to me the most is Kristin’s power. She alone can take over a game just with her swing.

“Kristin grew up as a gym rat following my sister Alex and I around and developed a really good volleyball IQ. I was really excited that she chose to pursue the scholarship with UTM, because of the family aspect of the team and the relationship we’ve developed with Coach Jaclynn Wilson. She’s going to be really successful down there and I can’t wait for her to carry the Phillips name.”

Kristin followed in the Phillips’ family tradition by starting for the Mustangs as a freshman and helped lead the team to their 16th district championship in program history.

“I was very nervous over the summer going into my freshman year, because I had that weight on my shoulders of both Alex and Hannah playing on varsity as freshmen and I wanted to follow in their footsteps,” Kristin said. “I really worked hard over the summer and it was a great feeling when I made varsity as a freshman.”

After the Mustangs finished sixth in the conference in 2018, Kristin helped lead a rebound this past season. Westfall posted a 20-5 record, won the conference championship for the first time since 2013 and finished as a district runner-up.

Kristin was named conference player of the year, following in the footsteps of Hannah, who won the award in 2015.

She led the Mustangs with 402 kills, including netting her 1,000th career kill in a district semifinal against Minford, and also accounted for 38 aces, 70 solo blocks and 200 digs.

“We had a great season with the way we came together as a team, winning the SVC and getting to the district championship match,” Kristin said. “Personally, following Hannah by being SVC Player of the Year was huge and then getting my 1,000th career kill in my junior season was amazing. I can’t thank my teammates enough for the memorable season we had and how much they helped me.”

The Westfall junior credits her aggressive attitude on the court for her success.

“I’m an aggressive player who wants to put the ball away, but I’ve also learned to be smart in where I hit and how I attack the block,” she said. “That’s the same attitude I play with defensively, trying to get my hands over the net to either slow the ball down for our defense or block the ball.”

Westfall senior setter Josie Williams discussed Kristin’s impact on the team and the relationship she had with the powerful hitter.

“Kristin is one of the best players I’ve ever got the chance to play with,” she said. “She’s an amazing leader on the court and does everything she can to put the ball down.

“She always communicated very well with me before the play so I knew what we were running. In practice, her and I ran a lot of drills and knew how to have fun but also how to work hard and get things done. I definitely loved setting her and I’m excited to see what she does in the future, because she has a very bright one. I’ll miss playing with her a lot.”

Kristin looked up to her older sisters growing up and as kids watch her in the stands today, she works to leave them with a positive example.

“I want kids to see me being a leader on the floor and a good teammate,” she said. “I try to keep our team up, no matter if we’re down by 10 points in a set, to never give up.

“That’s how you should play the game.”

Kristin is looking forward to her senior season at Westfall and building off a successful 2019.

“Losing Josie is going to be tough, because she’s an incredible player, but with everyone we have coming back I think our best days are still ahead of us,” she said. “We need to continue to work and get better and I know we all want to advance farther in the tournament next season.”