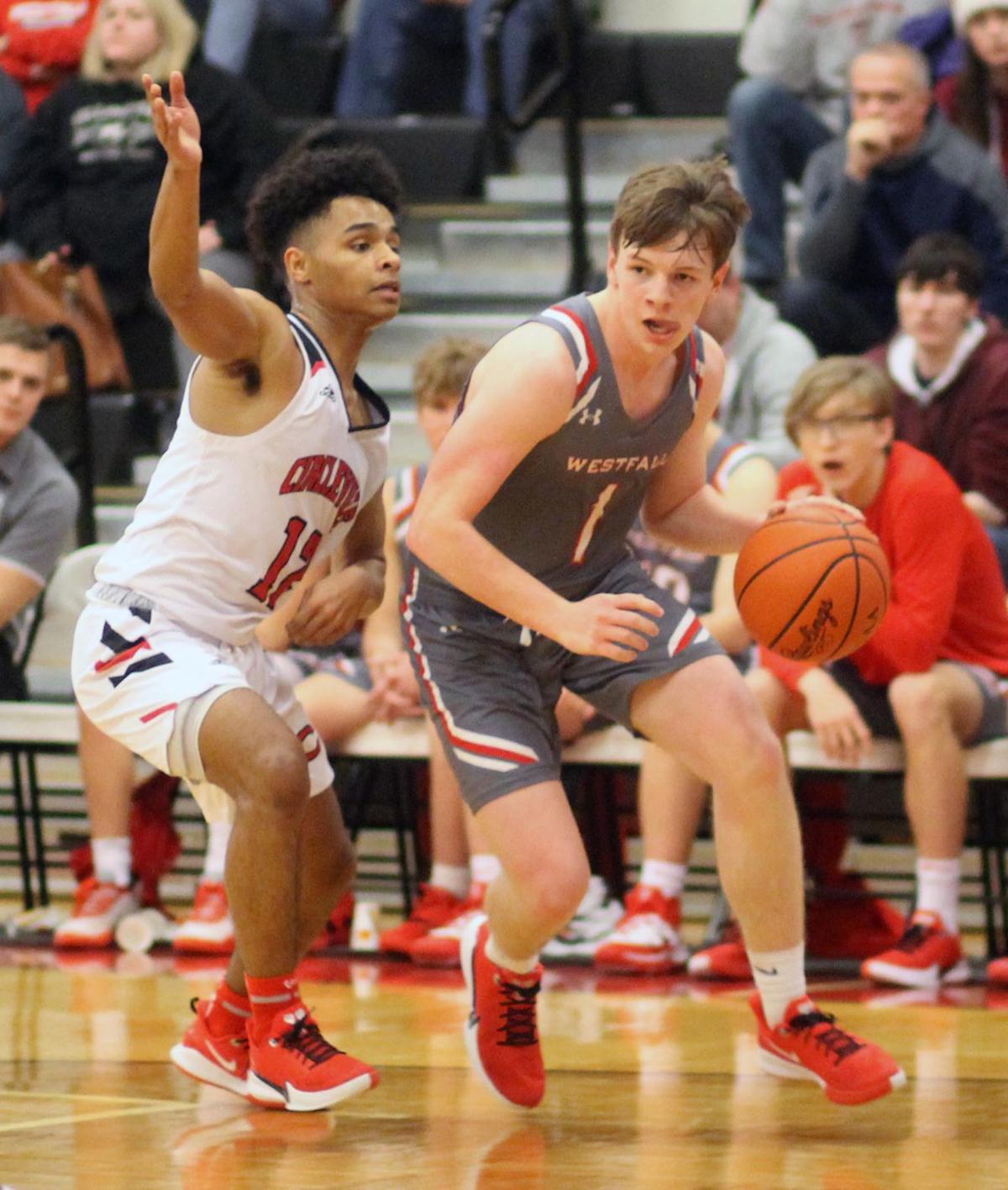 Westfall’s Jay Wyman owns the program record for three-pointers in a season (63) and career (173). 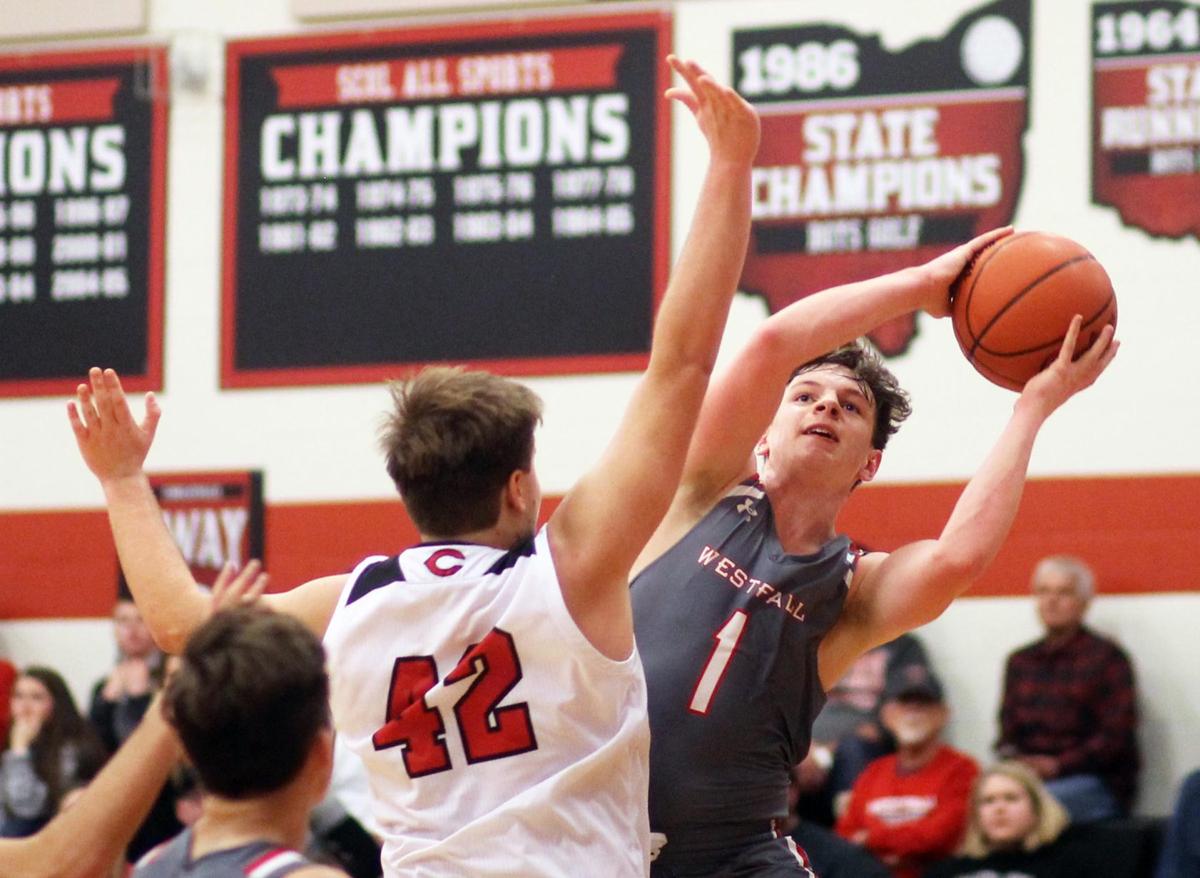 Westfall’s Jay Wyman is the 2020 recipient of the Bob Bowsher Memorial Trophy, presented to the top senior boys basketball player in Pickaway County.

Westfall’s Jay Wyman owns the program record for three-pointers in a season (63) and career (173).

Westfall’s Jay Wyman is the 2020 recipient of the Bob Bowsher Memorial Trophy, presented to the top senior boys basketball player in Pickaway County.

WILLIAMSPORT — As Christian Meister took the helm of the Westfall boys basketball program, a senior quickly caught his attention.

“I had heard about Jay Wyman coming into the program and I quickly saw in practice that he was a good basketball player,” he said. “What really stood out is as good of a basketball player as Jay is, he is an even better teammate, leader and young man.

“Jay and I have developed a friendship that I hope lasts the rest of our lives, and I was really blessed to have Jay be the leader of my first basketball team here at Westfall.”

Wyman, a three-point sharpshooter, who owns the program record for triples in a season (63) and career (173) was recently recognized for his season by earning the Bob Bowsher Memorial Trophy, presented to the top senior boys basketball player in Pickaway County.

Wyman made the varsity team as a freshman and played alongside older brother Corey, who was limited to just four games due to an ACL injury he suffered during football season.

“Corey really helped me as a shooter and also showed me that I needed to work on developing my whole game, from handling the basketball to also taking the ball to the hoop more,” Wyman said. “Corey’s always been a good influence on me and we had fun everyday being on the same team during my freshman year, even though he unfortunately had most of his senior year taken away (due to the ACL injury).”

The Mustangs won just 13 games during Wyman’s first three seasons, but he believes the arrival of Meister has signaled a turn in the fortune of the program. Westfall finished this season with an 11-13 record.

“I really enjoyed playing for Coach Meister and the way he motivated and prepared us for each game,” Wyman said. “He made us a better basketball team and he also built personal relationships with us. I believe Westfall basketball is in good hands and good things are ahead under Coach Meister.”

Wyman, who led the Mustangs by averaging 12.8 points per game, noted highlights of the season included a 50-48 win over Circleville and a 51-50 victory at Adena, the defending Division III district champion.

The win over the Tigers was the Mustangs’ first victory over a Pickaway County public school program since 2011.

“It had been awhile since we beat one of the county (public) schools, so that was a big game and win for our program,” Wyman said.

The Mustangs were without the services of junior forward Luke Blackburn, who averaged 10 points and 8.8 rebounds, due to strep throat against Adena, but they still were able to pull off the upset.

“That goes back to the game plan that Coach Meister had and how he motivated us and got us ready to play,” Wyman said. “Luke had a good season and we missed him, but we rose to the occasion and played really well that night to win.”

Wyman discussed the approach he took to the game of basketball and what he hopes younger players saw in the stands.

“I was never too high or too low. I focused on the game, kept a good attitude and kept working hard,” he said. “That’s important for any player.”

Wyman also plays baseball for the Mustangs and played second base on last season’s Scioto Valley Conference and Southeast District championship team. He hopes he’ll get to take the diamond this spring, coronavirus permitting.

After graduation, Wyman plans to attend Ohio University-Chillicothe and is undecided on a major.